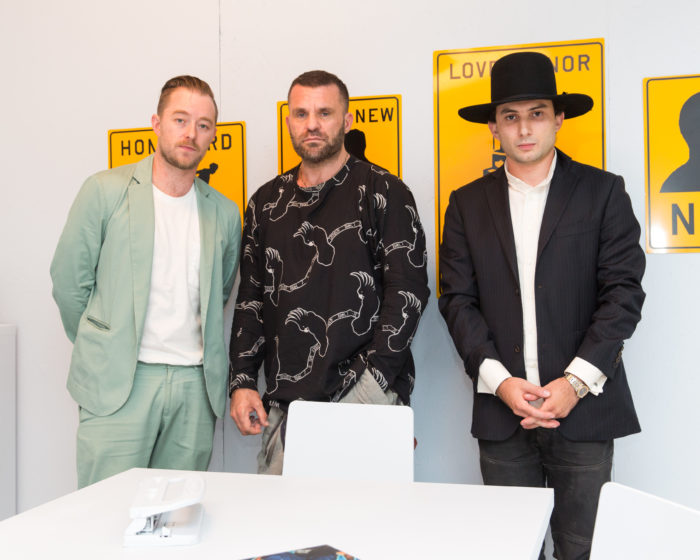 This is not a drill. If you didn’t have Valentine’s Day plans, well now you do. Next Tuesday, on February 14th, artist Bjarne Melgaard will be giving away his personal collection of designer fashion and streetwear FREE of charge to the public, on a first come, first serve basis. The environment is set to purposefully “facilitate an emotional and physical purge in which the artist will give away the indefensible quantity of designer fashion and high-end streetwear he has amassed over the years.”

In groups of 100, shoppers will have just 15 minutes to fill their custom MELGAARD garbage bags with as much as they can carry. So what’s up for grabs? You can score pieces from Comme des Garçon, Eckhaus Latta, HUF, Issey Miyake, Jeremy Scott, Lanvin, Margiela, Raf Simons, Stussy, Supreme, and more.

Coinciding with New York Fashion Week, The Casual Pleasure of Disappointment, Bjarne’s upcoming exhibition, opening February 16, is multi-site, multi-night, culmination of his ongoing ‘fashion’ project, which includes the debut of the artist’s streetwear line MELGAARD, which will also be included in the 15-minute shopping spree.

According to Red Bull Arts New York, “The launch of the Melgaard brand suggests the retirement of Bjarne Melgaard as a fine artist, abandoning the humiliating context of the exhibition platform for the much worse context of cult streetwear: a market pretending to be a community, pretending to be a violent assault on reproduction.”

The project is centered around Red Bull Arts New York, which Melgaard and company have transformed into a “multilevel psycho-pathological department store.” New York-based gallery, Gavin Brown Enterprise will function as the jewelry department and will play host to the American launch of his collaboration with jeweler Bjørg Nordli-Mathisen (BJØRG) on view from February 11 to February 19.

Tuesday, February 14 – $500K Designer Fashion Giveaway
5PM to 8PM – Open to the public, so we suggest getting there early