What pairs better with a cocktail than artwork? While the worlds of art and alcohol have intersected for quite some time, it seems that the link between the two has solidified of late. Alcohol brands are currently commissioning murals, partnering with hotels and releasing limited-edition bottles that feature artists’ work. No matter your taste, there’s an artist collaboration waiting in the wings. Plenty of other brands have incorporated artwork within its mission, design and advertisements over the years; but with our picks below, no matter your drink of choice, you can sip it in style!

You may recognize Espolòn Tequila by its artistic label, an homage to famous Mexican artist Jose Guadalupe Posada. Espolòn continues its artistic streak by launching, with W Hotels in New York, a “Tattoo Artist Series.” This collaboration with a rotating roster of the world’s most celebrated tattoo artists provides guests with the opportunity to jump the artists’ extensive waiting lists. Each artist’s creative style reflects that hotel’s aesthetic, for which Espolòn will create a specialty cocktail to match.

Look out for: The series launched in May with Tuki Carter at the W’s Times Square location and continued in July with Chris Garver in Union Square. Next up is Sara Fabel in the hotel’s downtown location from August 20-27. Fabel works in black ink with organic themes that incorporate symbolism. The series closes with the fine line black-and-gray tattooing and realistic portraits of Jack Rudy on September 4 at W New York. 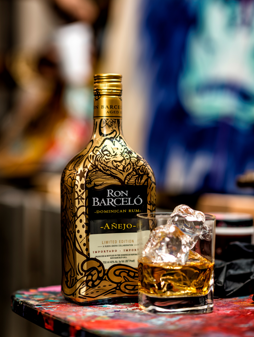 Look out for: The limited-edition bottles began rolling out within U.S. markets in July.  Only 1,000 cases will be available for the U.S., so act fast! 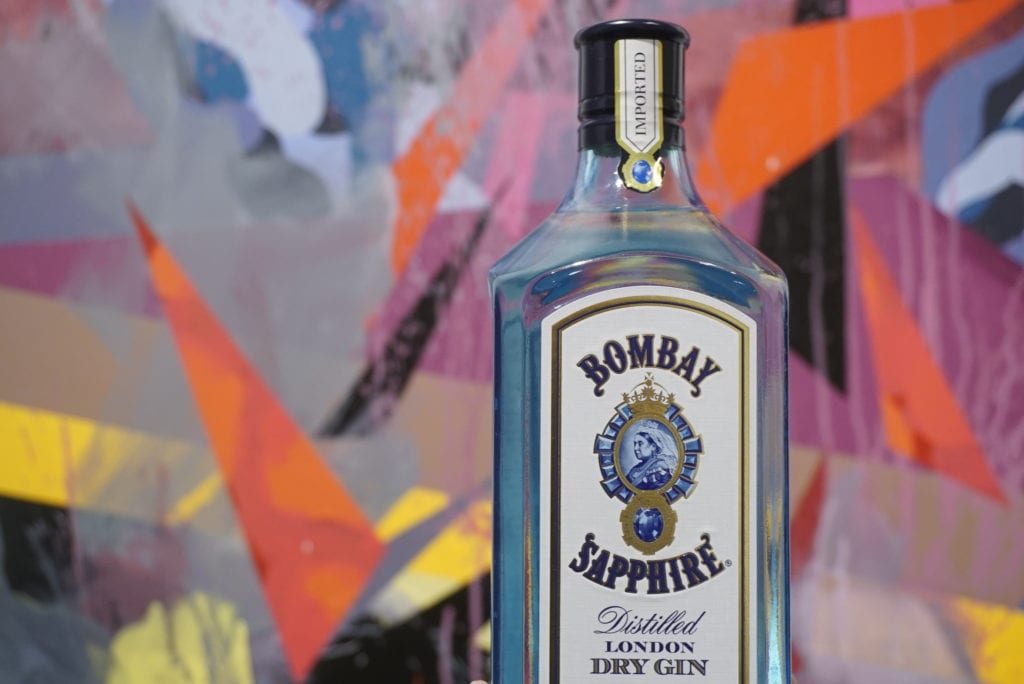 The Bombay Sapphire Artisan Series, now in its 8th year, is a nationwide search for the best emerging visual artists in the country. Artists submit their artwork online. Semi-finalists exhibit at local art gallery events across the U.S. and Canada, for the opportunity to showcase their work at SCOPE Miami Beach. The rum company knows how to find what’s hot: in 2012, Chicago finalist Hebru Brantley sold his finale piece to Jay Z; in 2014, national winner Kristine Mays sold her work to director George Lucas and his wife Mellody Hobson.

Look out for: Submissions for this year’s competition are now open, through August 3. 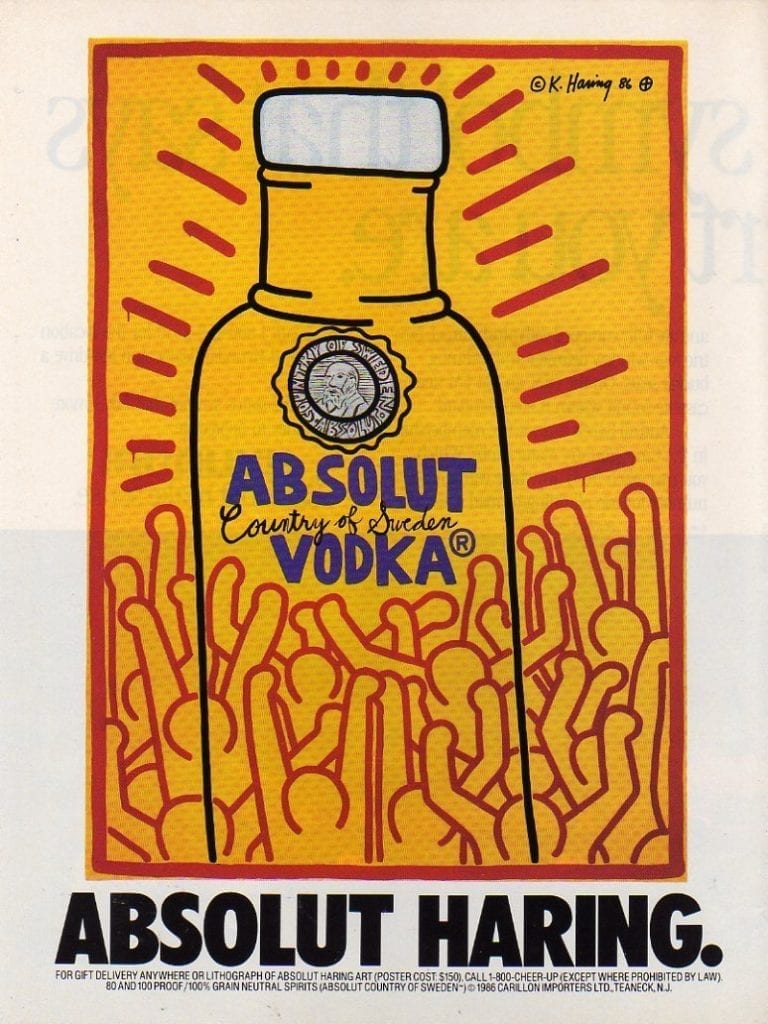 Absolut Vodka was a pioneer in the alcohol + art scene, beginning with Andy Warhol, who created a well-known ad campaign, inspired by the brand’s bottle, that continues today. Since then, Absolut has held its place in the art world with its biennial “art award,” a juried competition that allows one artist and one art writer to realize their dream projects.

Look out for: The 2017 Absolut Art Award winners were announced in May: “Art Award” winner Anne Imhof’s new work will be set in Death Valley’s salt desert and will culminate in a film. Huey Copeland’s book proposal landed him the winner of the “Art Writing” award. The work will provide an evaluation of contemporary American art and cultural from his personal perspective as a gay black man. 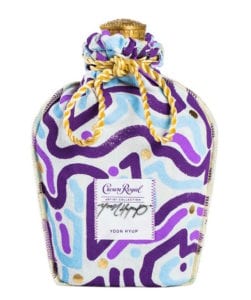 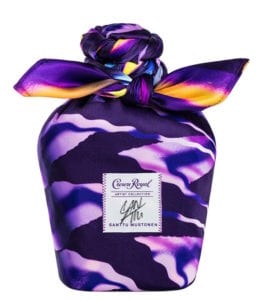 Crown Royal’s signature purple bag, a symbol of royalty, has cloaked its bottle for decades. For the first time, these bags will get a makeover. This month, two new limited edition bags designed by New York City-based artists Santtu Mustonen and Yoon Hyup launched as part of Crown Royal’s new “Artist Collection,” an initiative through which the whisky brand will partner with artists across the country. The patterns on each artist’s bag keeps the brand’s purple persona but elevate it with personalized modern touch.

Look out for: These limited edition bags are now available for pre-order through ReserveBar.com on a first-come first-served basis. The next artist’s bottle will be introduced in February 2018.

If you prefer WINE – Intrinsic 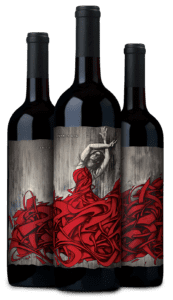 Intrinsic Wine Co.’s cabernet sauvignon is described in its tasting notes as having “aromas of leather and cherries” and a texture that is “rustic, yet silky.” Perfectly paired with this complexity is the intricate work of Brooklyn street artist Zimer that adorns its label. Zimer’s signature red ribbons reflect the luxury experienced in each sip of the bold wine. At closer examination, you can see the artist’s name within the flowing fabric.

Look out for: Zimer’s artwork is the permanent label on the wine, which is available on its website and in stores and wine shops nationwide.

Shia LaBeouf’s Anti-Trump Installation Has Officially Been Shut Down

Heavenly Bodies Surpasses One Million Visitors at The Met