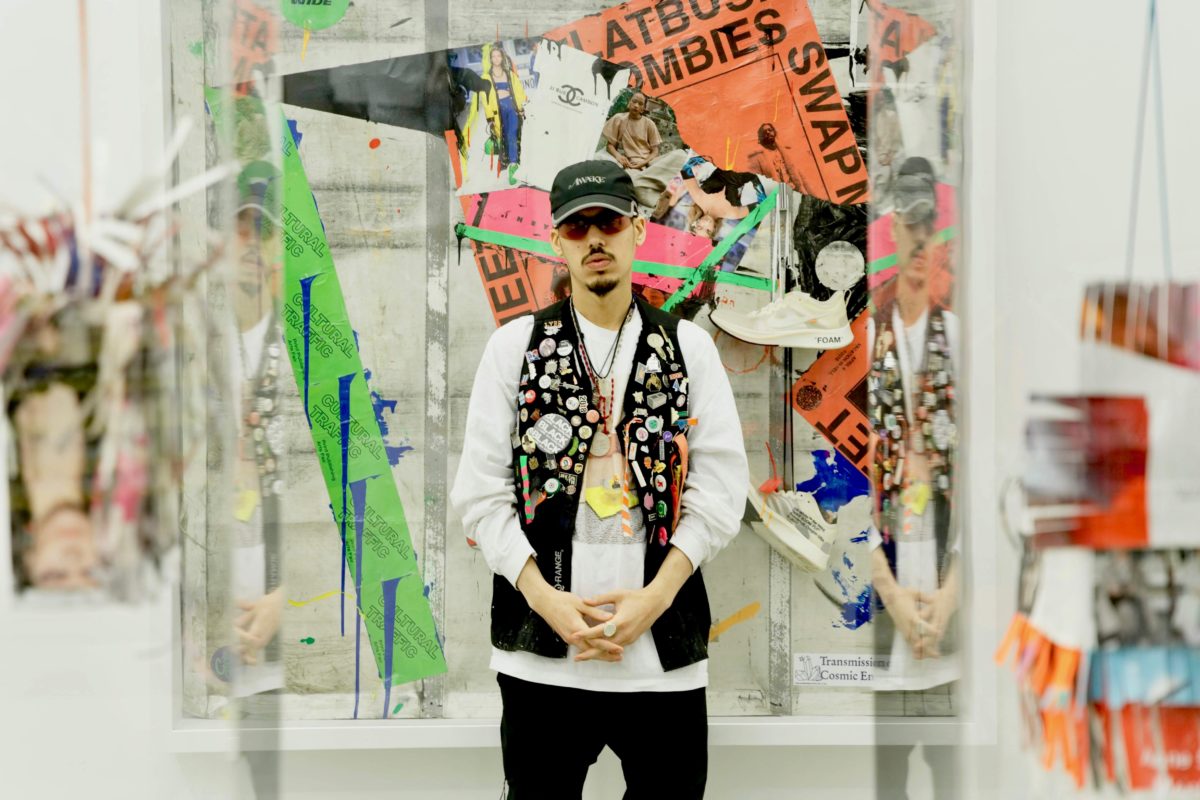 Don’t let the frigid temperatures keep you locked inside all day. Put on your Orolay coat, grab some Ivan Ramen and then walk 200 ft to Lower East Side gallery ABXY and check out Détourned” a solo exhibition by Harlem-born artist Melvin “Grave” Guzman.

“Détourned” is the artist’s second solo show with the gallery following “A Grave New World” (2018). The immersive installation showcases a new collection of the artist’s monumental mixed media work as well as a spooky soundtrack, a short film featuring Guzman’s performance art, and a projection on display in an artist-designed theater within the gallery.

We won’t give too much away, but the exhibition includes paper-maché piñatas, simulated pinball machines, hand-painted flags, and doll-sized houses. Like the internet, these objects invite human interaction in a language that requires we subscribe to their symbolic significance. Some of those objects include fashion favorites like Off-White™ x Nike sneakers and famed restaurant Sant Ambroeus to-go bags.

In an effort to move the audience out of their comfort zone, Guzman transforms space and time to bring us something holy: an entirely recycled environment, where each work attempts to reclaim the realization of dreams and the possibilities of a transformed life from the spiritual vacuum of contemporary capitalist media.

Fun fact: The title of the exhibition is French for détournement, (roughly translated meaning: derailment, or overturning), an artwork resulting from the practice of appropriating or altering existing media artifacts in order to give them a new subversive meaning, often shifting the original meaning to one with revolutionary significance.

“His art, a tracing of his travels and examination of the traces strewn to the side of our perpetual distraction, is a saving grace, the best thing that can be said about all that is wrong at the moment,” Carlo McCormick who penned the exhibition essay, ” Guzman’s art are nonetheless pointed and purposefully problematic, a record of wishful and wistful wondering written in the wry tones of self-reflexive identification.”

all images // courtesy of ABXY gallery

Japanese Identity Is Woven Into Tomoko Sugimoto’s “The Unseen World”