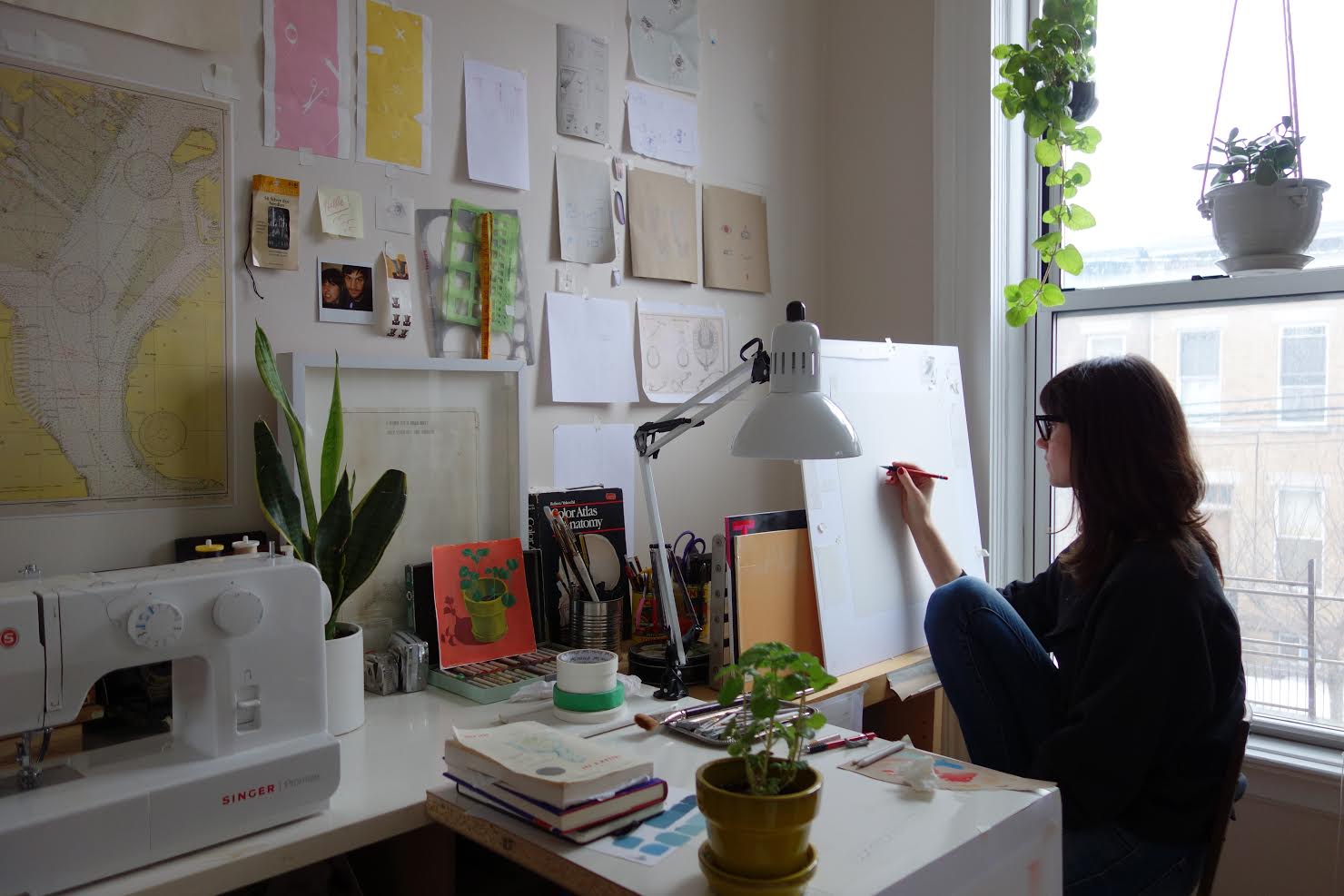 Langdon Graves has an unusually unique aesthetic when it comes to drawing and sculpting. Graves illustrates body parts, especially eyes, ears, and teeth, and manipulates them with meticulous technical skill.  For Graves, her objects and drawings are saturated in folk traditions and mysticism, and interrogate the construction of reality and beliefs.

Art Zealous spoke with Graves about her musings and recurring themes in her art.

AZ: How do you select which objects and patterns to portray in your work?

LG: The objects and patterns borrow from the visual language I’ve already developed and evolve according to where my research takes me. For example, flies show up in my work a lot and I originally used them in a drawing to symbolize death, decomposition and regeneration, which I borrowed from the Vanitas & Memento Mori painting traditions. Any time I sneak a fly into a drawing now I feel as though I’m not only referencing those ideas, but also my previous work.

AZ: Are you a native collector? What types of personal collections do you own?

LG: My object collections include typewriters, insects, records, antique medical paraphernalia, and spoons from different places around the world. People also often give me their hair after a haircut, which I don’t collect on purpose but I have a drawer full.

AZ: In your drawings and sculptures, you depict disembodied parts of the human form and domestic objects – do you have a particular object or body part that characterizes your personality?

LG: I’m not sure they represent my personality, but eyes and hands are consistent in all of my work.  Belief is a theme I often return to and those body parts play a significant role.

AZ: Art Zealous saw your work displayed at THE “F” WORD: FEMINISM IN ART – a group show of 20 female artists presented by The Untitled Space Gallery. Each artist addressed concepts revolving around feminism with works that either challenge gender stereotypes or embrace female empowerment. Please tell us about your influence for this exhibition.

LG: The piece in the show, An Earthen Machine, pulls from a few sources including Rene Descartes’ L’homme Machine as well as a haunting legend about a life-sized moving doll he may have created in the likeness of his daughter. He supposedly built it while grieving her death, and again, I’m drawn to the phenomenon of belief and its power over one’s sense of reality. I also find it interesting that while contemplating the machine-like operation of human beings, he chose a female as a kind of theoretical embodiment. But also present is the dynamic of a female shaped by and under the control of a father-creator, a problematic image that is in many ways still relevant.

AZ: Where can we see your art?

LG: I’ll have work in a show at Circuit 12 in Dallas next month and at the Art on Paper fair in Miami in December.

Japanese Identity Is Woven Into Tomoko Sugimoto’s “The Unseen World”