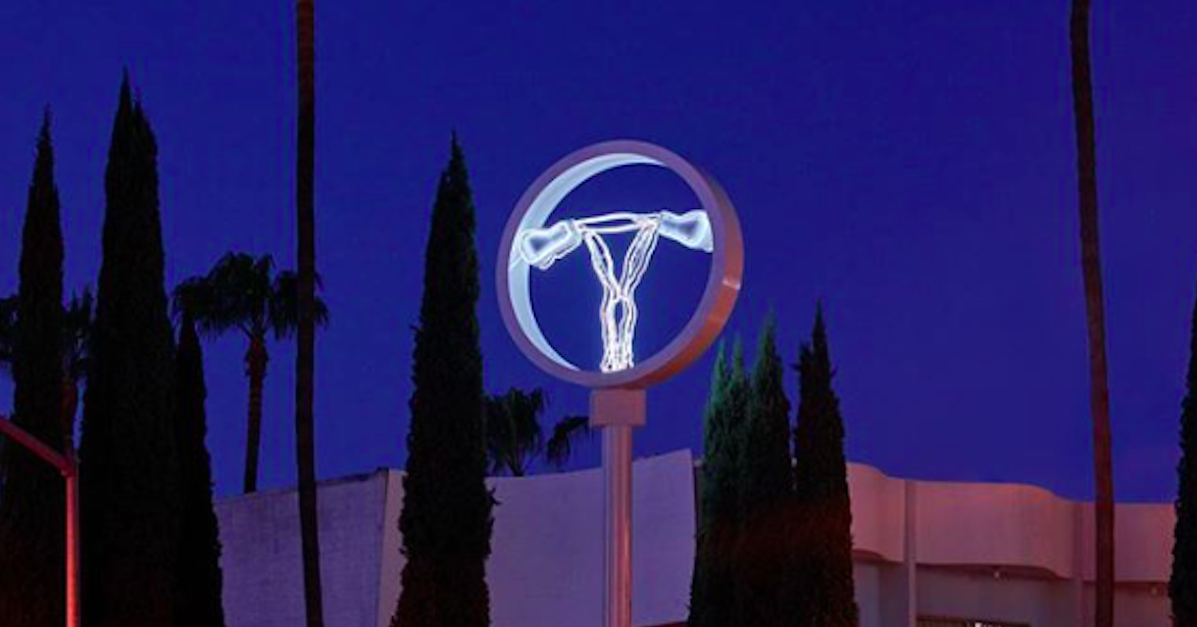 In the current climate of the #MeToo movement and the Trump administration, women are making their voices heard. Female artists are creating works that speak volumes in the name of resistance and Instagram is wrought with these strong, relevant voices. So here are five female artists you must follow on Instagram for your daily dose of feminist badassery.

Buckman shot into the spotlight when her “Grab ‘Em By the Ballots” billboard during the 2016 election played on Trump’s “locker room talk” and encouraged people to speak up with their votes. Buckman’s work often juxtaposes femininity and strength in a message of resistance. The “Let Her Rave” sculpture outfits boxing gloves in wedding dress fabrics. The 43-foot-tall neon “Champ” sculpture in Hollywood situates boxing gloves in the shape of a uterus – a symbol for the fight for women’s rights.

Minter has long challenged traditional notions of beauty in her works. When New York magazine celebrated its 50th anniversary with a public art project by displaying the works of fifty artists, Minter’s work incorporated the “New York” magazine title, under which read “Home of the Resistance.” Her “RESIST FLAG” for Creative Time encourages activism in today’s political landscape.

Mays uses wire to create sculptures that are lasting but transparent. Her “revolution” sculpture, consisting of a set of three fists raised in protest, was created as part of her “Humanity” series. In it, hundreds of pieces of wire come together to create a single symbol of resistance. According to the work’s description on her website, “It’s not enough just to change the system. We need to change ourselves. We have got to make this world user-friendly.”

Pred’s work explores the cultural and political meaning behind everyday objects. Her handbags in particular, which have been praised by everyone from Amy Schumer to Supreme Court Justice Sonia Sotomayor, preach feminist-centric themes like equal pay, reproductive rights and the #MeToo movement.

The fact that Fazlalizadeh is the creator of the international street art series “Stop Telling Women to Smile” makes her worthy enough of an Insta-follow. The series tackles street harassment and violence against women in public spaces. Her illustrations act as a strong voice that is relatable and representative of women across the globe.

New Art on Top of Old Art: How the Danes are Becoming Brave & Fearless

All Roads Lead to East Hampton For Artist Grant Haffner