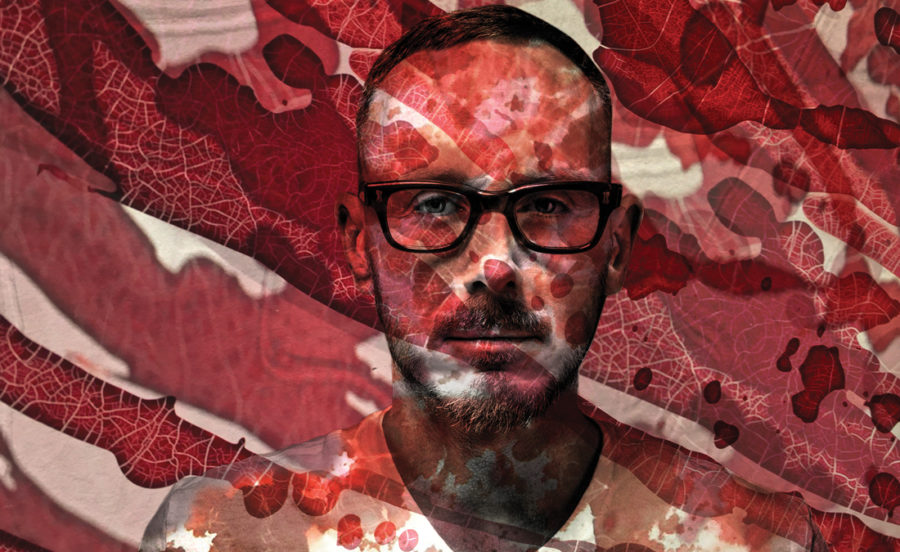 “How much more can we push the limits of what is art?” This almost cynical statement leans on the idea that creating something completely avant-garde is virtually impossible nowadays. But is it? Although a lot has already been done in efforts to deconstruct the basic idea of art – a legacy of modernist artists like Piet Mondrian and Marcel Duchamp – some artists of this time have found unconventional media that elevate their works to a whole other level. Bearing on the disgusting, the macabre and the unexpected, these 4 artists have found a way to stimulate their audience with the most unusual materials.

At first glance, the work of this New York-based artist looks like a private commission for Edward Cullen. In reality, though, Jordan Eagles has collected 59 human blood donations for a very relevant cause: a protest against the FDA’s ban on gay and bisexual blood donors who haven’t been celibate for more than a year which he dubbed Blood Mirror. This unique idea is represented in an almost gruesome way as the artist preserves, encases, layers and suspends the blood through his invented process. The natural colors are retained, resulting in translucent patterns of bright red fluid that runs through all of our veins.

PETA’s nightmare takes form in Chris Trueman’s painting, Self Portrait With a Gun. Although it might look like a regular yellow painting from afar, it’s actually made up of 200,000 dead ants delicately assembled on a layer of resin. Trueman completely dismissed conventional materials and put his gut to the test as he created this shocking masterpiece.

Colombian artist Federico Uribe’s work comments on the conflict between the Colombian government and the rebel Revolutionary Armed Forces of Colombia (FARC), which has resulted in the loss of at least 220,000 lives. Using bullet shells that he buys from a metal recycling company as his raw material, the artist creates life-size animal sculptures and colorful landscapes that transform the object’s violent history into something beautiful.

Tattoo artists frequently use oranges or lemons to practice their skills before they start working on skin. For New York-based artist Amanda Wachob, tattooing fruit in not just a training method, it is art! “Now that I know how to tattoo, I wanted to approach that early practice surface as an art object instead of a practice material,” she said. “It’s using the tattoo machine as a tool.” This incredibly talented young artist opened up her own space in Williamsburg, Brooklyn, that doubles as a tattoo shop and an art studio.

The Astrology of Frida Kahlo