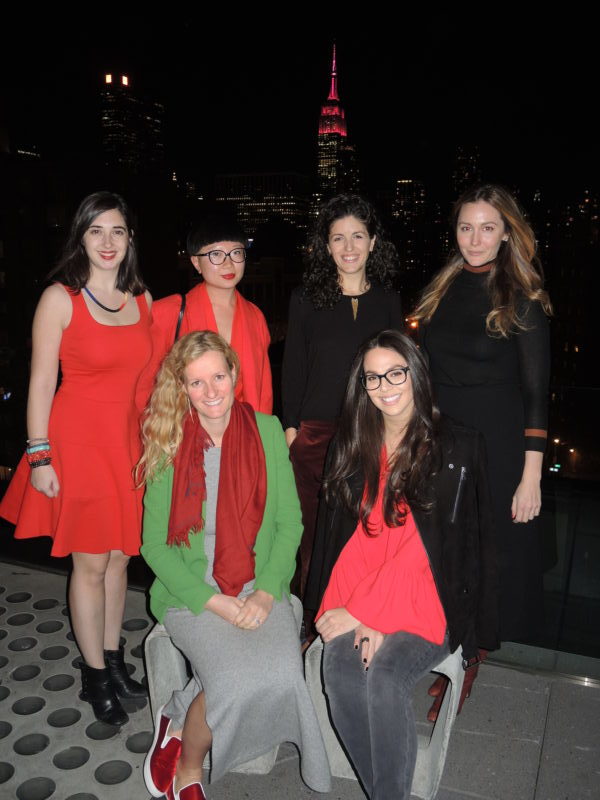 On Wednesday, March 8th, Young Women in the Arts (YWA) celebrated International Women’s Day and their one year anniversary by hosting a panel at Hotel Americano. The packed house included art world personalities as well as creatives from different industries. The Empire State Building, which was lit in pink in honor of IWD, served as the perfect backdrop for the evening.

Topics ranged from the gender gap in the art world to opportunities to mentor younger women. When asked about the importance of mentoring other women, Carolina Alvarez-Mathies told the audience, “During my career, I have had the fortune to have bright young women as my interns, I stay in touch with most of them and mentor in that way. It’s been really nice to have these friendships blossom organically. I have always had, since leaving El Salvador 14 years ago, a kind of internal battle of leaving my country behind, one that needs a global voice, by becoming involved in El Museo I found the opportunity to do that. Parallel to that I began supporting other Latin American focused institutions like Casita Maria, Glasswing, and became involved with my family’s foundation which focuses on health, education and entrepreneurship in the most vulnerable sectors of El Salvador.”

One of the most poignant moments of the event was the discussion around the concept of “having it all” and the work/life balance in the art world. Marlies Verhoeven of the Cultivist ended the evening perfectly with her response, “It’s not about having it all, it’s about making it work for you.” We’re stitching that on a pillow.

Young Women in the Arts was founded in 2016 by Katya Khazei and Sarah Cascone. International Women’s Day marked the one year anniversary of the group that aims to bring together like-minded women in the visual arts. Through programming, Young Women in the Arts hopes to create a community where young women can foster relationships, mentor one another and collaborate to effect change in the art world.

Street Art From Around The World

Boogie on the Boulevard With the Bronx Museum