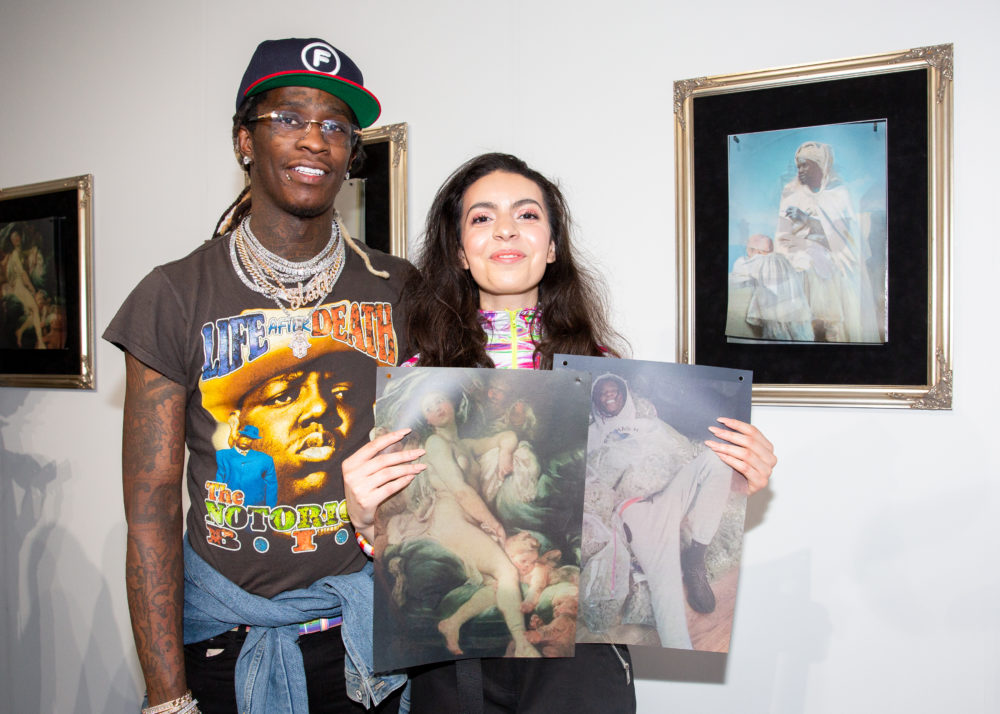 If you went down for Miami Art Week and attended SCOPE Miami Beach, there’s a pretty good chance you encountered Young Thug as Paintings, a collaboration between Young Thug and Netherlands-based artist Hajar Benjida, an iteration that Benjida originated on Instagram @YoungThugAsPaintings.

Originally a school project, Benjida’s “Young Thug As Paintings” pays homage to the cultural capital of Thug, by juxtaposing him with some of history’s most revered works of art..Layered prints, literally and conceptually, work to contextualize the importance of pop culture while simultaneously critiquing art historical norms by negotiating the canon of fine art. “I jokingly answered an interview question with “I hope to discuss renaissance paintings with Thug someday.” 1.5 years later and I’m bringing my project to life together with Young Thug himself,” stated Benjida.

Thug’s exhibit comes shortly after the release of his latest EP, On the Rvn, which featured surprise appearances from Elton John, Jaden Smith, 6lack, and Offset.

We highly suggest you head over to @YoungThugAsPaintings to check out more works by Benjida. In the meantime, below are some of our favorites.

Your Guide for Frieze Week 2019