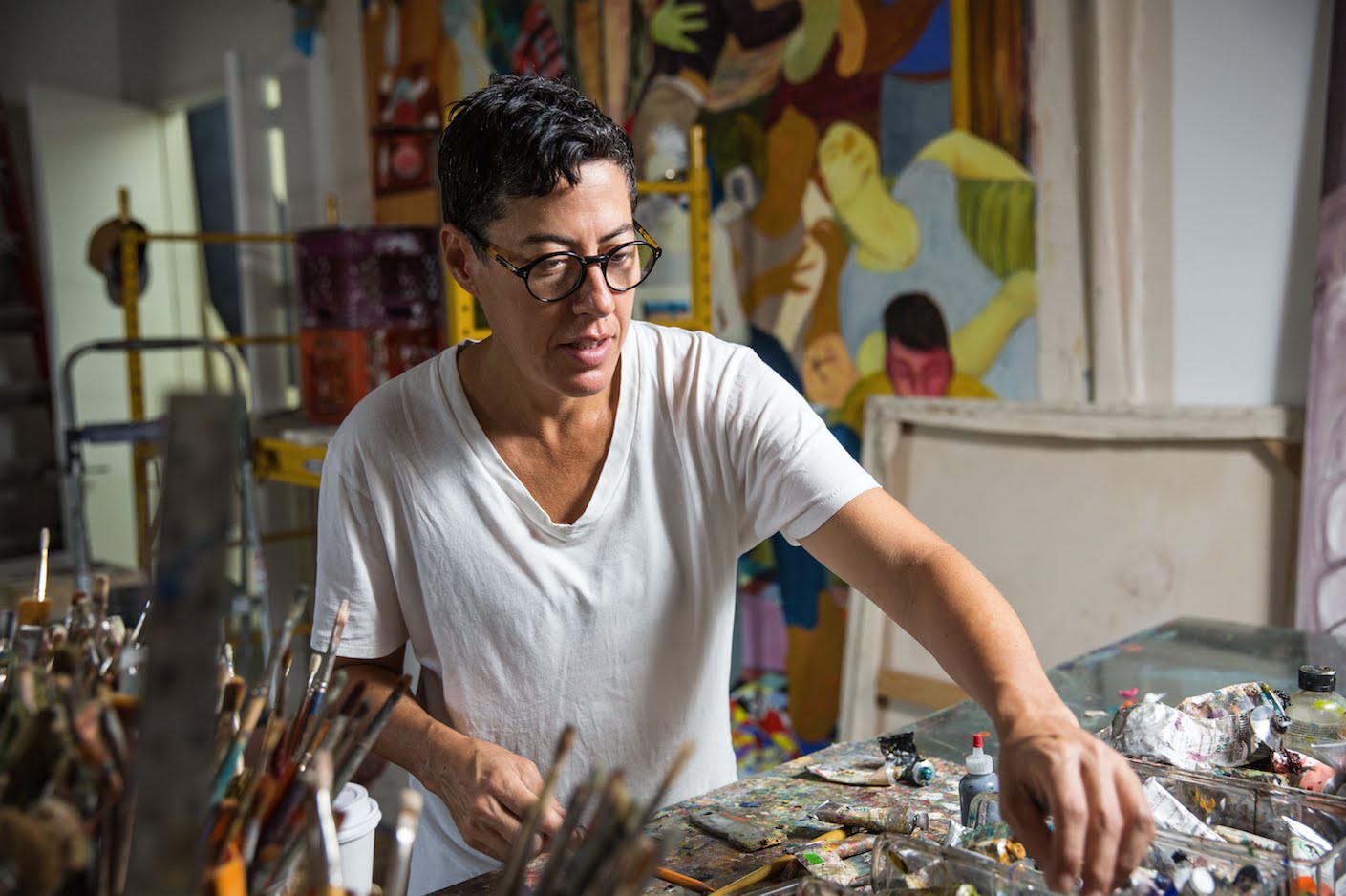 For three decades now Nicole Eisenman has been bringing forth paintings that speak on many levels of politics, current world affairs, and the art world. Absurd and ingenious, her paintings are most notable for their social commentary, such as her painting Morning Affirmations (2018), in which she depicts a bald eagle looking in a mirror while brushing itself, most assuredly telling itself affirmations to start its day. Eisenman’s paintings don’t stop at political commentary, rather they expand and embrace elements of queer politics and gender identity, and they hold sway over cultural matters and utilize humor in a way that was neglected in the 20th century. Nicole Eisenman along with the likes of John Currin, Dana Schutz, and Jenny Saville, brought back meaning and representation into the depiction of the human form.

Eisenman is an extremely decorated artist. Achieving not only a MacArthur Fellowship, or the “genius grant,” in 2015 which allots a $625,000 stipend, but also being awarded the Carnegie Prize in 2013, a Guggenheim fellowship in 1993, along with other notably incredible accolades.

Last week, the Brooklyn-based artist was named the winner of the 2020 Suzanne Deal Booth / FLAG Art Foundation Prize. The details of the award are a $200,000 grant, which may be used uninhibitedly, a future exhibit in 2020 at The Contemporary Austin Jones Center, as well as an exhibition at the FLAG Art Foundation in New York.

So why are we pumped for Eisenman? Well, with this new grant the artist will have more resources to continue her groundbreaking work. Art that has meaning and substance, art that is representational of a queer woman’s perspective and that allows other queer people to have faith that there is a world accepting of them, art that demands attention, but makes you laugh at the same time. All of these reasons are at the heart of why this prize is important for both Eisenman and the world.