Ever hop on Google to get something done for work or school only to find yourself spending the next twenty minutes playing a game the Doodle team made out of the logo of your favorite search engine? Yeah, us, too. Instead of feeling guilty about our procrastination, let’s celebrate those masterpieces of our favorite doodlers (it feels wrong to use such a simplistic term for such sophisticated artists), who have provided us not just with the occasional entertaining animation, but who have transformed a logo into a canvas for some of the world’s most creative minds.

Here is our list of the Top Ten Google Doodles of the past year:

To celebrate the 110th birthday of the Indonesian painter, Affandi, Google’s doodle team transformed the logo into a portrait not simply depicting him, but doing so in his signature style and palette. Affandi is remembered as a self-taught artist who developed the technique of squeezing paint out of the tube onto his canvases, frequently choosing to use his hands instead of brushes.

Straying from their typically cute and colorful animation, Google once again decided to capture this doodle’s subject in her own style. German artist Käthe Kollwitz was no stranger to tragedy, surviving both World Wars, the German Peasant’s War, and the death of her siblings at an early age. Her self-portraits, of which at least fifty remain, use black and white etchings to portray her anxiety and view of the world. Google did well to remember the artist in such a dedicated manner.

For this doodle, guest artist Sameer Kulavoor placed India’s first female photojournalist among a detailed backdrop representing India’s culture and history. It’s interesting to examine the development from Kulavoor’s early sketches to the final doodle. Here is an early sketch of the background: 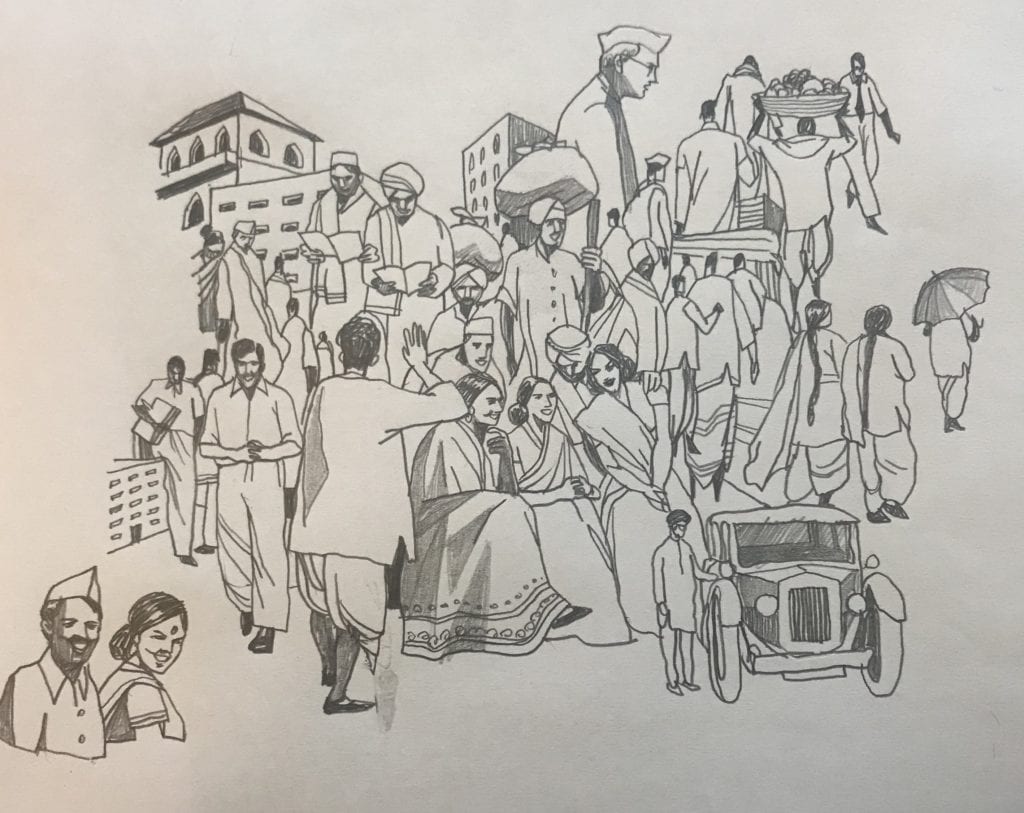 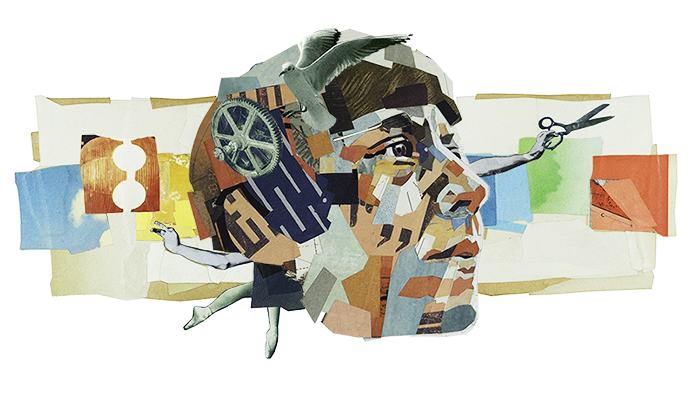 The doodle team offered a fitting tribute to the Mexican astronomer, whose famous discoveries within the Orion constellation are represented by the red and blue stars that make up the Google logo.

Guest artist Manuja Waldia’s careful detail and robust palette placed this doodle on our list. The Indian singer’s beautiful ghoonghat spotted with peacocks and butterflies brought light and color to our favorite search engine on her birthday in 2017.

German cartoonist Nadine Redlich provided a simple, yet elegant homage to her predecessor, Erich Ohser. Ohser was a German political cartoonist who published his famous strip, “Father and Son,” under his pseudonym, E.O. Plauer. Meshing the goofiness his comic strip with the delightful spin on the logo, Redlich’s humor placed her doodle on our list.

Thailand’s first female sculptor, Kaimook Chuto, made for an imaginative rendering of the Google logo. Chuto is likely working on the bust of a Thai king or queen, as she frequently sculpted for the royal courts in her homeland.

From Google’s description of Irish artist Ross Stewart’s ode to the Emerald Isle: “Standing in for the Google ‘L’ is a tall stone that pays homage to Ireland’s earliest form of writing: ogham. The edge is marked with a series of ancient carvings, each group representing a letter of the ogham alphabet.” (I almost didn’t see the logo in this one, did you catch it?)

10. Celebrating the Studio for Electronic Music

The Germans seem to dominate the Google Doodle guest artist list! Henning Wagenbreth, an illustrator based in Berlin, spun the Os into LPs (pun intended) in his tribute to what is considered the first modern music studio. Wagenbreth’s cartoonish, geometric style from his independent work transformed “Google” into something out of a 90s MTV commercial.

It’s Going to be a Busy Spring for Artist KAWS

Exhibition Looks at the Connection between MLK and NYC