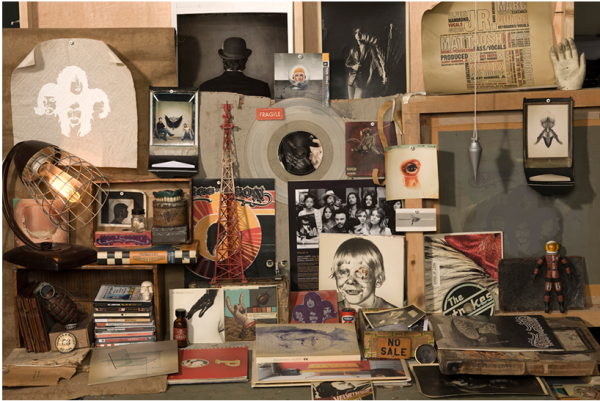 Is music an audio painting? Allowing our ears and minds to be infiltrated by sonic masterpieces? Music is about more than solely sound – there’s the audience element and the magical experience of live listening, music-inspired fashion movements, as well as album cover art and how digesting that visual component contributes to a phenomenal album.  In fact, album cover art is often the primal key to the album lock, sparking intrigue about the contents of the record.

Album cover art has been influencing music culture for decades. For example, since The Beatles Abbey Road album came out, fans have flocked to London to recreate the iconic cover shot, and it’s become a sort of music cultural must. Also, for millennial music mavens, remember pulling the cover art out of beloved CD cases and absorbing all of the artistic finds inside and how that was often a past time during listening parties?

If you’re a long-time music fan or if you were at Governor’s Ball festival in NYC this summer, you’ve undoubtedly come across Brett Kilroe’s work as the artist has created some of the most iconic album covers over the past two decades. According to The New Yorker, “Brett was responsible for the visual design and branding of acts ranging from Kings of Leon and Foo Fighters to Missy Elliott and Taylor Swift. The iconic cover of Ol’ Dirty Bastard’s solo début, ‘Return to the 36 Chambers,’ featuring the rapper’s face on a public-assistance I.D. card? That’s Kilroe’s work. The wildly different, equally striking English and American covers of the Strokes’ album ‘Is This It’? Those are his, too.”

Brett Kilroe was a GRAMMY nominated and respected designer, artist, creative director, teacher, and friend. Born and raised in Alberta, Canada, Kilroe was a resident of New York City for 23 years but remained close to his Canadian roots which greatly influenced his work and viewpoint. After living and working with cancer for four years, Kilroe passed on March 24th; in his final days, he was able to express gratitude to his many collaborators and began planning an exhibition in New York City of the work they created together.

In the beginning of June, A&E Studios in New York City hosted exhibition Windermere: A Celebration of the Life and Work of Brett Robinson Kilroe, letting attendees steal a glimpse into how some these covers came to life and how many talented people across all creative fields were inspired by Kilroe.  The exhibition was curated by a group of Kilroe’s close friends and collaborators who are incredible talents in their respective fields. They chose work that displayed the breadth of Kilroe’s talents, alongside elements of what went on behind the scenes in the process of taking an idea all the way to its end product – including notes on previous drafts and proofs before printing, from concept sketches pulled from his notebooks to a scale recreation of his living room where so many of the ideas came to life.

Kilroe’s admirers were able to come together to honor his creativity and celebrate the art of music during the exhibition.

Album covers have served many purposes and have transformed over time. From big splashy vinyls to the modern digital icon we see on our phones, we can appreciate how significant cover art can be. Brett Kilroe’s timeless legacy of blending art and music certainly reflects that notion and allows us to appreciate all types of music art.