Shattering the Patriarchy Through Art With Akshita Gandhi 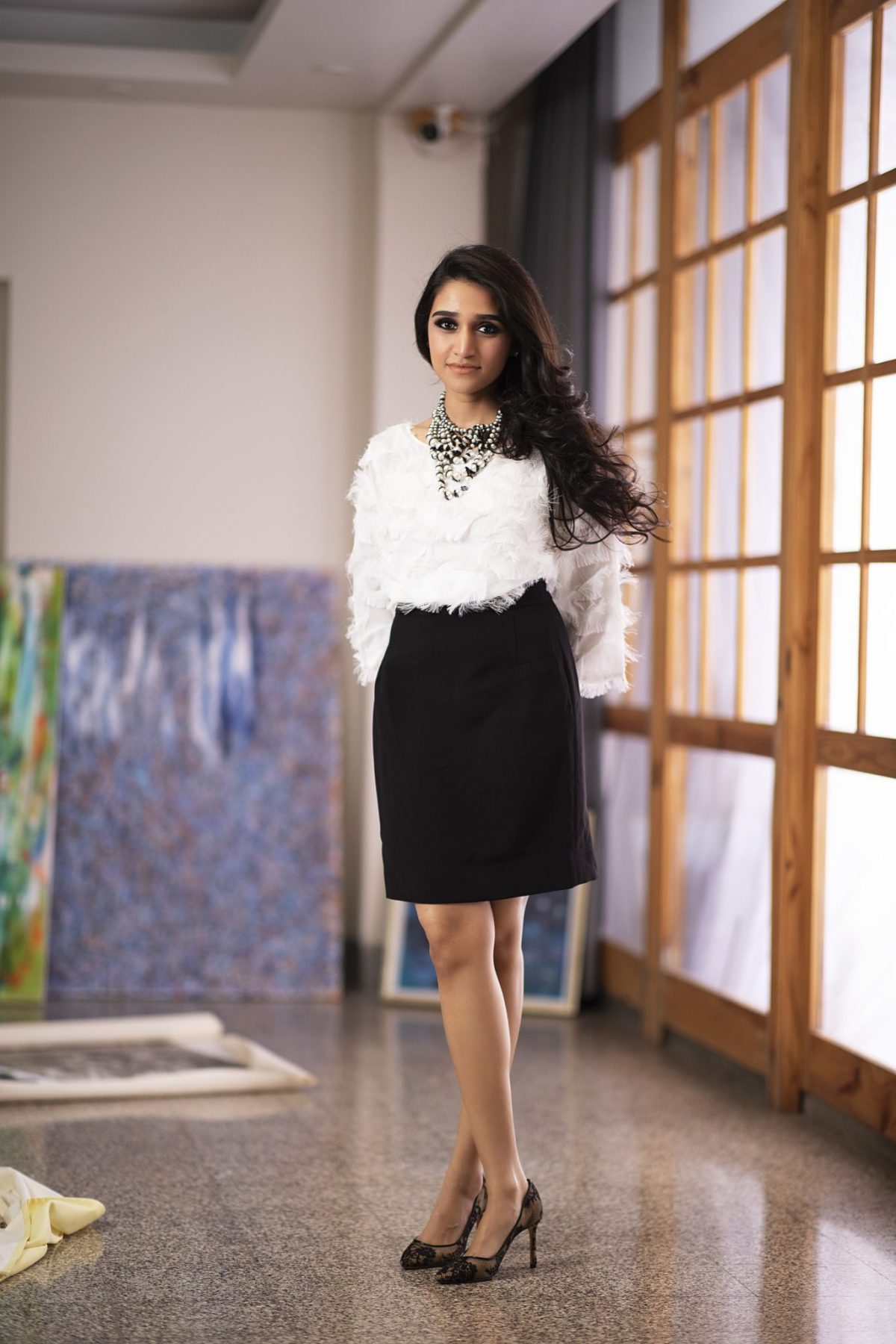 Akshita Gandhi’s creative world is one that transcends borders, conquering societal gender roles, and empowers women. Gandhi is a Mumbai based multi-disciplinary artist. Her award-winning work proves that love for fantasy and imagination does not have to end with childhood.

Current gender inequality is found across the globe in different forms, for example in America (but quite frankly, this can be said about most countries) there is a lot of disparity in women in political office, unequal distribution of household labor, a considerable wage gap, and women are at a larger risk for domestic violence. Not to mention transgender individuals who suffer from prejudices in educational institutions and in the workforce and higher levels of violence. In varying degrees, these issues are being dealt with through legislation and awareness campaigns to change the public attitude and incite societal change.

Gandhi, who is in her 30s, grew up in Mumbai at a time when boys were more desirable children than girls. To achieve this outcome, some families would even choose to abort a fetus solely based on its female gender. Her parents, however, were trailblazers and idealists – Gandhi’s father wanted daughters. When the artist’s little sister was born, he threw a celebratory party, highly uncustomary, and dismaying their circle. Gandhi’s parents paid no mind to their critics and instilled urgency in their daughters to pave their own way, all the while championing gender equality.

In September, Gandhi revealed her “Let There Be Light” series in New York – painted lightboxes that tackled pertinent topics close to her heart: censorship, sexuality, and empowerment. “Now You’re Looking” presents these lightboxes for the second time in Miami. D’arte Mart will be showcasing two of her lightboxes, “Angel” and “Clyde.” Layered and impactful, her lightboxes are stand-alone pieces that illuminate a space – as if a canvas was painted on light. One work reads: “I read banned books,” a blatant commentary and refusal to adhere to censorship. “Light is synonymous with amazement, eureka, luminosity, and is metaphorical of a dark time coming to an end. It is a reminder of positivity and one’s journey of strength and emerging stronger from darkness,” says the artist proving that her work has a deeply positive message of empowerment and mobilization.

Today, Mumbai is seen as one of India’s safest cities for women. However, in a country that some perceive as the most dangerous for women with a rampant rape culture (33,628 cases sent for trial in 2016 according to the National Crime Record Bureau) with a slow moving court system (some trials are estimated to take up to 20 years) and where 40% of the victims are under eighteen girls’ and women’s safety and sexual freedom are gravely crushed. It is to this backdrop and with an intensity toward betterment inherited from her parents and a vibrant imagination that Gandhi creates her striking works.

In addition to the lightboxes, Gandhi’s American gallery D’arte Mart will be showing “Wings,” a large-scale sculpture of wings and a halo and a limited edition jacket. The limited-edition jacket was created in collaboration between Gandhi and the designer Frank Debourge. The collaboration was “a great way of taking my artworks outside the galleries and into the lives of people through mediums they can relate to,” says Gandhi.

A firm believer in giving back to society, Akshita founded the Dua Foundation, a social enterprise that aims to empower vulnerable members of society with physical challenges finance their schooling by enabling them to gain financial independence providing a platform to sell art and crafts works.

With imagination and positivity, Gandhi’s work in “Now You’re Looking” share as glimpses of her own journey to empowerment while attempting to shatter the patriarchy we all live in.

Tips for Curating Art Pieces in the Home

The Art and Astrology of Odilon Redon

Odilon Redon was a luminously imaginative visual artist of the French Symbolist set. His oeuvre consists of dark, gothic, charcoal…