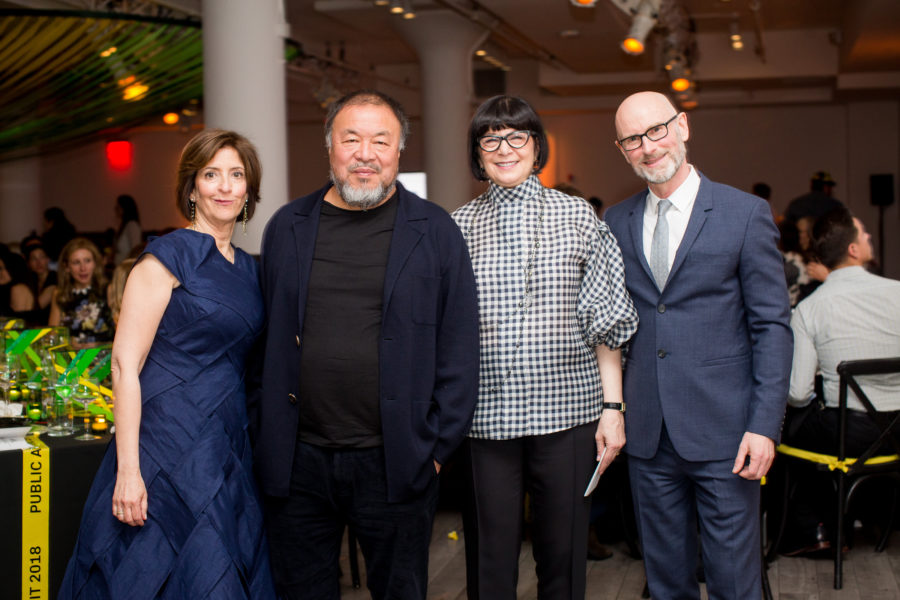 Last night, April 12, 2018, the Public Art Fund celebrated its Annual Spring Benefit at Metropolitan West and raised an astounding $1.4 million dollars to support its public art projects. The evening honored preeminent artist and human rights activist Ai Weiwei. The evening was peppered with artists such as Doug Aitken, Tauba Auerbach, and David Horvitz, who had their works on display for the auction. 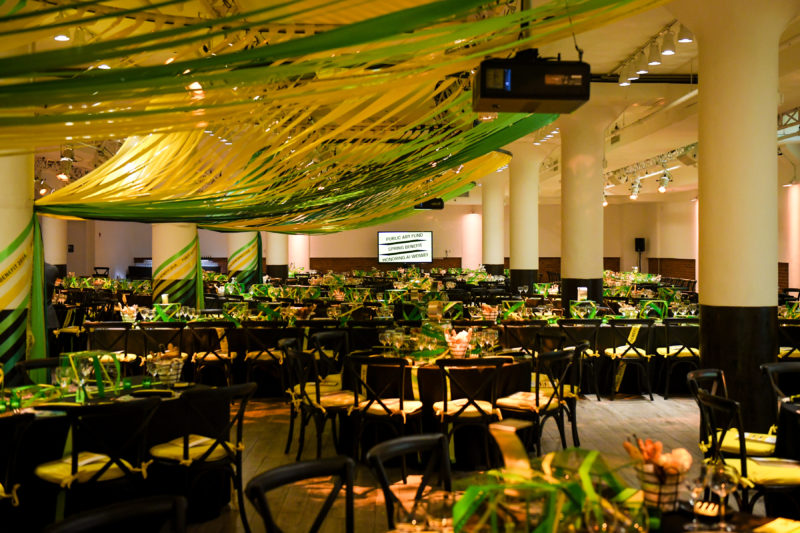 The evening kicked off with cocktails followed by a 415-person seated dinner by Bite New York and a special film honoring Ai Weiwei’s many contributions to the field of art and humanity. Guests were then treated to an after-party with Thai rolled ice cream, Champagne Bombs, and music by dynamic artworld DJ, April Hunt. 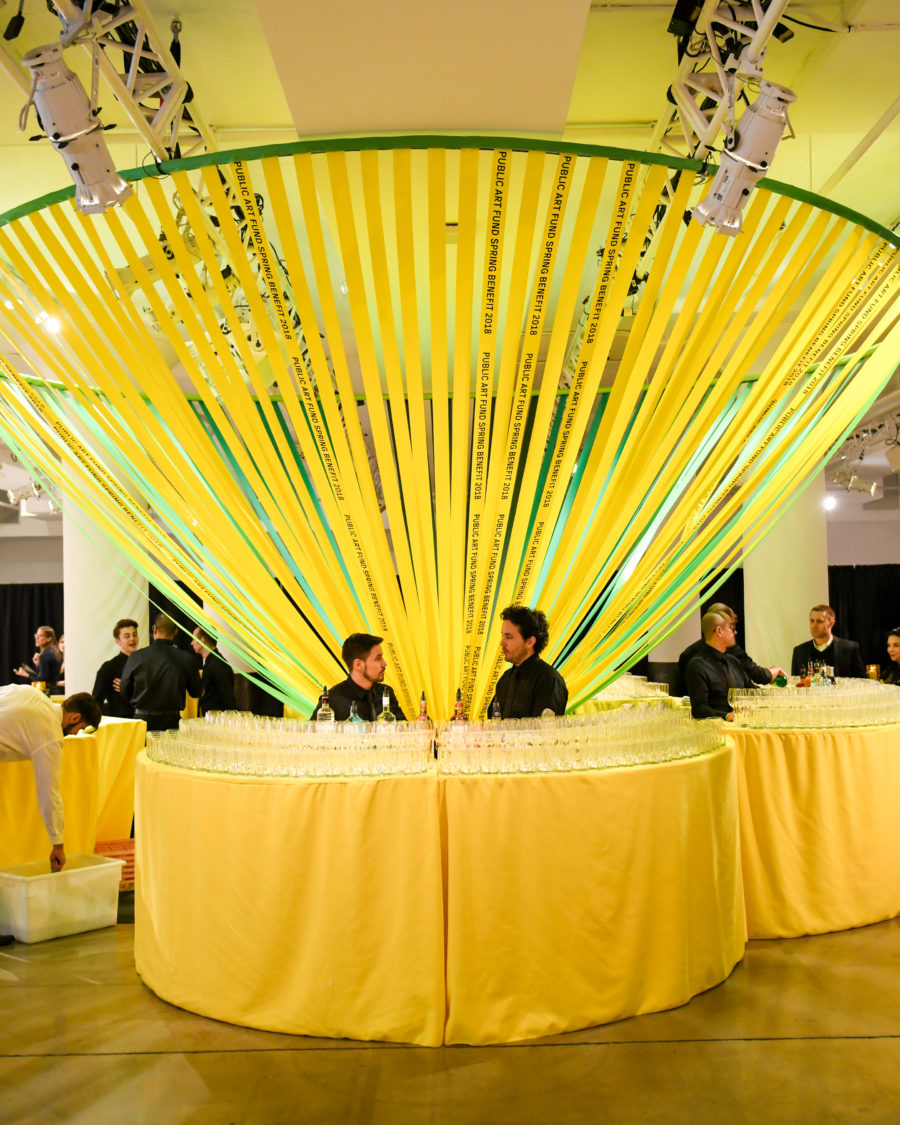 One of the many highlights of the evening were three new artist projects in which guests were invited to partake in during the cocktail hour and the After Party. Christopher Chiappa had people ducking for cover as guests were invited to participate in his egg-themed bean-bag toss, where winners had a chance to win and take home a meticulously crafted plaster fried egg sculpture by the artist. Hannah Whitaker’s individual and group portraits that the artist photographed herself that guests were able to take home digitally.

Our favorite of the evening was Nathan Mabry’s Duchamp-inspired prize wheel based on the artist’s seminal 1913 readymade “Bicycle Wheel,” in which a Marcel-Duchamp look-alike. Guests spun the wheel for a chance to win Duchampian themed prizes such as an R. Mutt Hat, Golden Snow Shovel, “Urinal Cake” Cookies, Nude Descending a Staircase Clock, Mona Lisa Moustache, and a Selfie with Duchamp.

If you were unable to attend the event, you can still support the Public Art Fund by clicking here.

A Social Experiment Could Destroy a Picasso