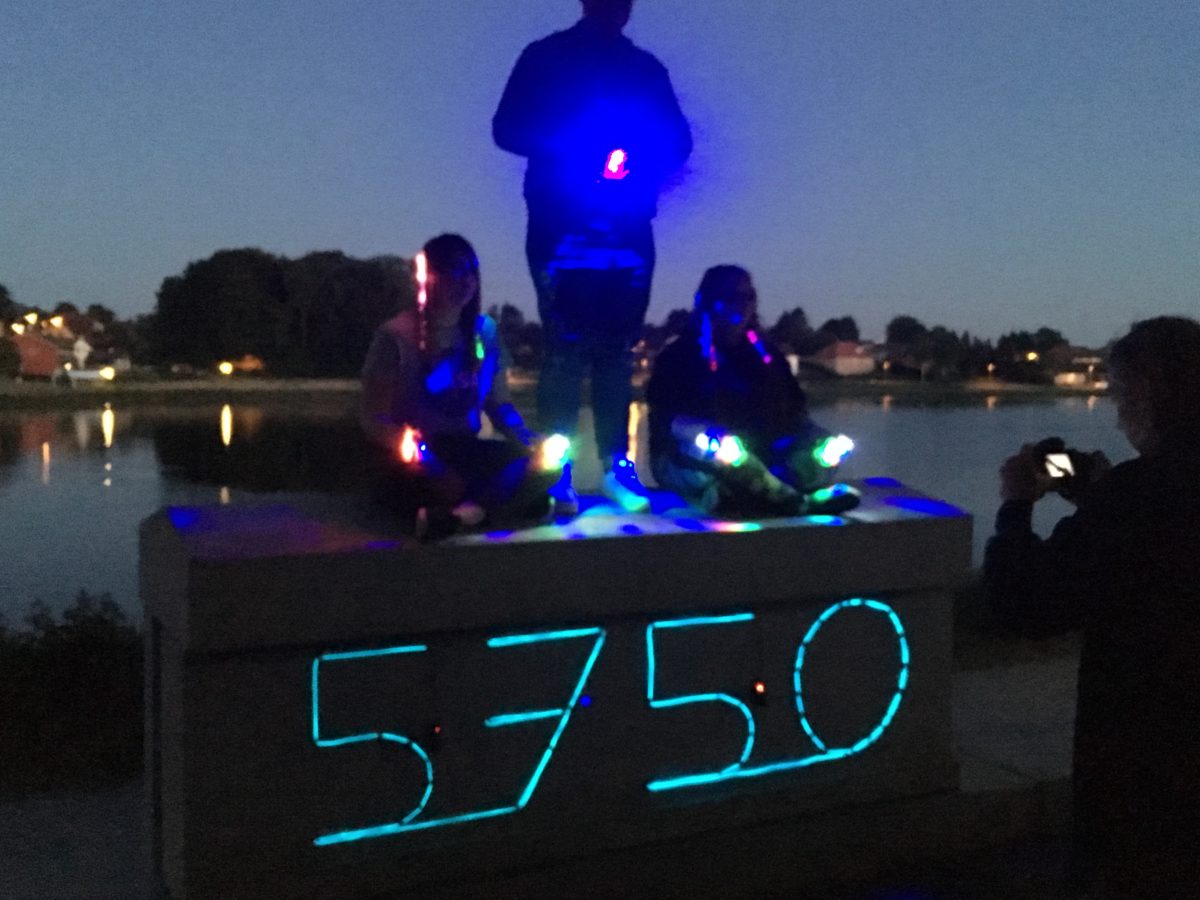 Above: Artist Christian Elovara Dinesen and kids making an intervention on a public sculpture. Photo: Raaderum.

Many Danes might think they are brave and fearless – like Vikings, but really, they are not. Not when it comes to art at least. When talking about art, many Danes become scared and silent – maybe even a bit shaky. Okay, to be fair to my fellow countrymen and women, I think it’s not only the Danes, who are like that. I experience the same in the US and many other places. The invisible ‘wall’ that exists between art and people, make some people think art is something that should be looked at and admired from a certain distance.

Who put that wall up in the first place – and why? It taps back into the idea of the artist as a genius and the artwork as something that display and give insight into a higher truth, but that conversation is not so important here and now. What I’m interested in is how to break the wall down.

Let me tell you about an exhibition I curated last year for Raaderum – inviting 8 artists to make new art on top of existing public art across Denmark. The idea was to explore art as a tool to make art more accessible and engage people in art in a more free, playful and fearless way. 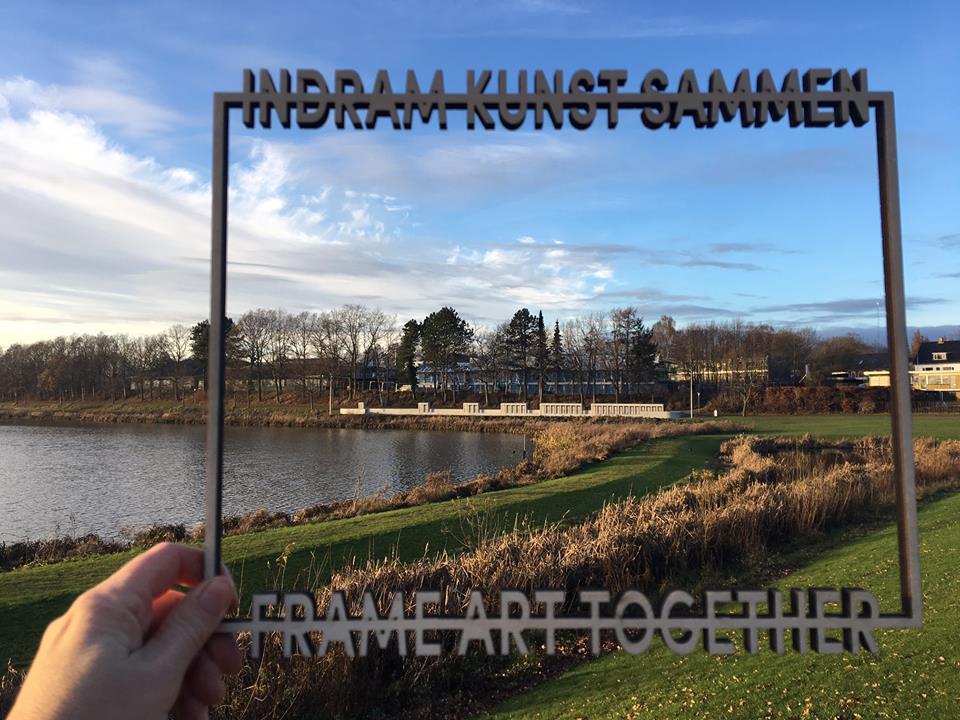 This is how it looks when framing Paul Ingemann’s public sculpture “Termini” with an artwork in the shape of a frame made by artist Tanja Nellemann Kruse.

The artist Christian Elovara Dinesen made a series of led-light videos, a light installation and a led-party performance on top of a large sculpture called “Termini” made by architect Paul Ingemann. The idea developed from the art bench being used as a site for parties among the kids in the town. Something that the town’s adults and the police had not appreciated.

The fun thing is that Paul Ingemann did actually want his sculpture to be used for parties and when Christian and the young kids threw a big techno party at the bench during the exhibition, he came and drank Bacardi Breezers with them. Many adults came and saw how the site was perfect for parties, that it might not be so wrong afterall to have a party on a sculpture once in a while. Perhaps art is a great way to get together and let go of old assumptions?

The artist duo Jens & Morten made a new social sculpture out of several existing sculptures in a small village in Denmark called Selde. They drove around the village with a homemade art van meeting the locals, inviting them to be mixed with the sculptures in the village using 3D technology. The mixed human artworks were transformed into gifs, 3D print and images that were then displayed in the van, transforming the van into a hybrid between sculpture, museum and mini-village. This project presented the people’s relation to the art in their village and marked the sculptures in the village as something belonging to and being collectively shaped by the locals. It broke down the wall between the villagers and the sculptures in a both concrete and abstract sense, leaving the village people with a stronger feeling of empowerment and identification towards the artworks around them.

The artist Jacob Tækker collaborated with a group of seventh-graders to make a series of ultra-short videos that promoted the artworks in their school from the kid’s perspective. The artworks in the school were special in the sense that they didn’t stand out as art. Instead, the work melded in with daily life, within the school, and were being used as triggers for play or meeting spots. In the videos, Jacob and the kids highlighted this story of living with art, caring more about life than art, to the extreme. The kids were literally playing and jumping on the artworks and celebrating it by going against all conventional standards of proper “art behavior.”

Artist Tanja Nellemann Kruse made a series of hand-sized, framed statements and quirky sayings to be placed in front of art. Imagine looking at art through a frame saying “Here art can happen,” “Frame art in the situation,” “Open your eyes to reality” or “Your world is penetrating the work.” The frames free us from the idea that there is a meaning hidden in every artwork. With the frames, the artworks you look at refer back to you and your engagement with the world. 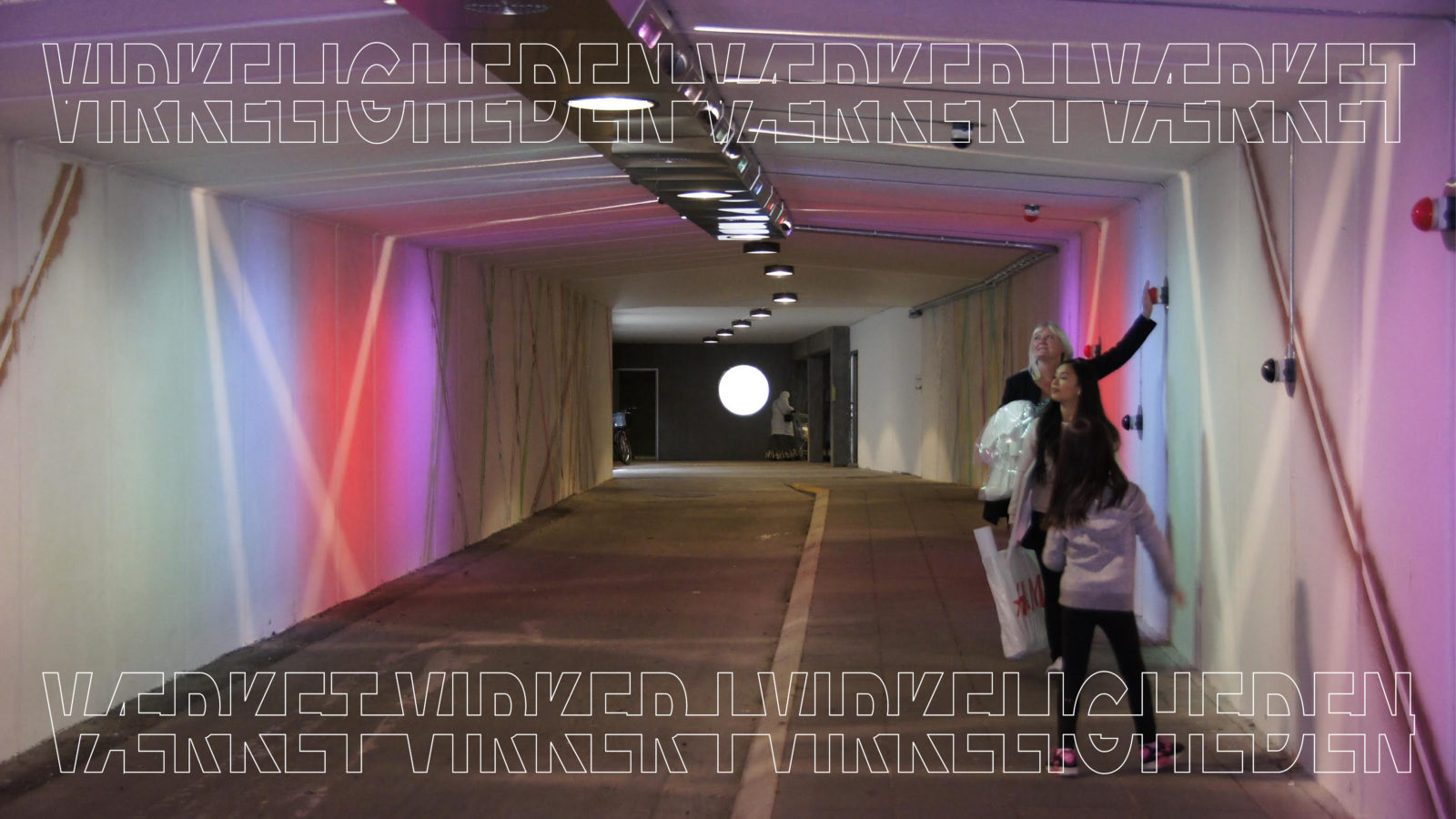 Digital frame by Tanja Nellemann Kruse in front of the sculpture “Termini” by Paul Ingemann.

This is a glimpse of some the new artworks on old artworks that were produced for the exhibition with the weird Danish title Værk Din Verden (Work Your World). All videos can be seen here or found at the exhibition website.

Værk Din Verden was supported by Danish Arts Council and Bikuben Foundation and curated by Amalie Frederiksen for the art organization Raaderum.

About the author
Amalie Frederiksen is a curator and art mediator based in Copenhagen Denmark. She runs the art agency Another Public that do exhibitions, consultation and communication with the aim of connecting art with the public and shape new social situations and possibilities through contemporary art.

The Wild West Meets the Digital Age in WWW.