Guests enjoyed cocktails and Stella Artois’ who sponsored the event. In the garden, bathtubs filled with plastic bubbles as guests were invited to jump in among the fog that gave the event a mysterious and otherworldly feel. The party brought what felt like New York City all the way to Miami Beach; the night showcased avant-garde fashion in the most fabulous ways. 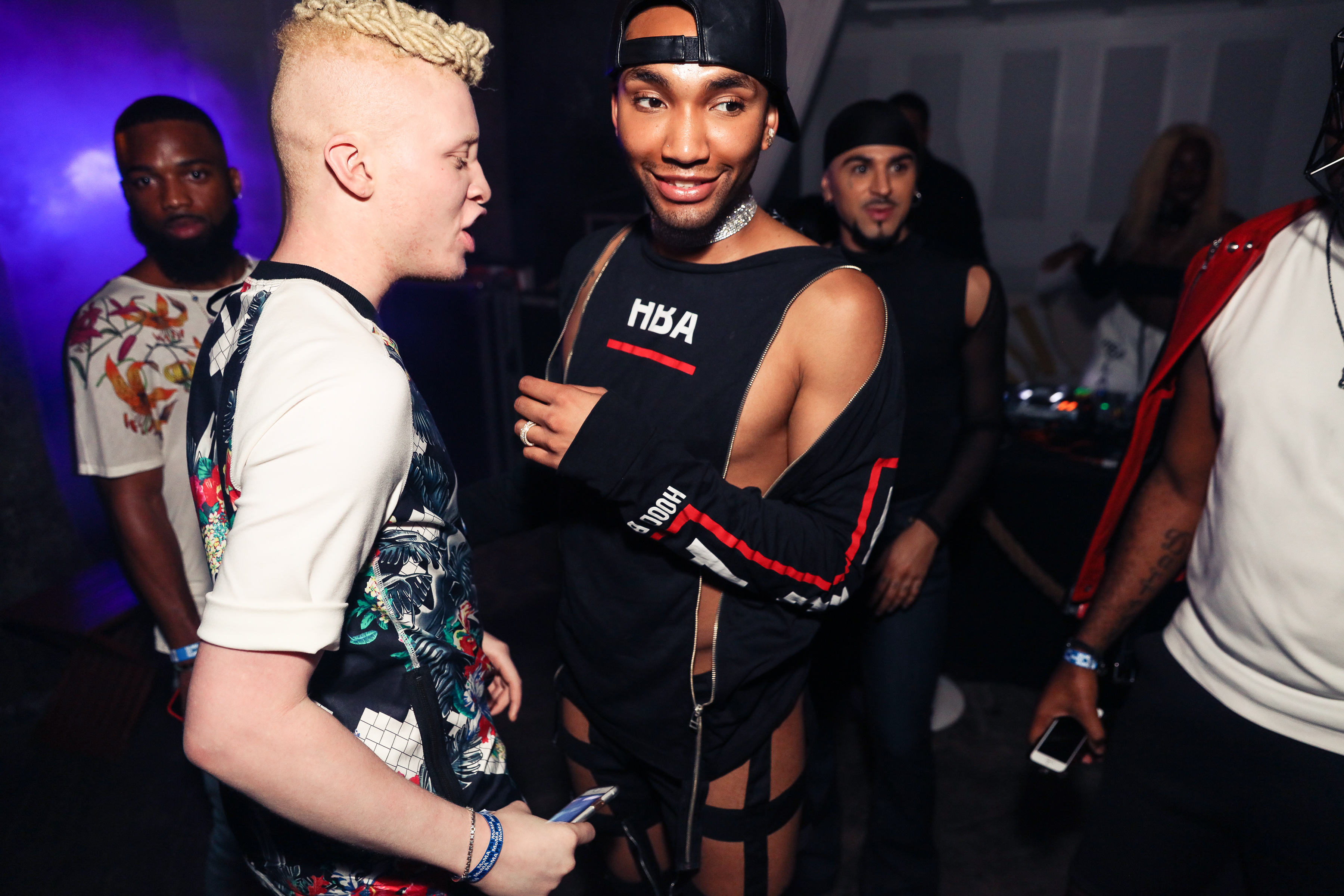 MoMA PS1 always takes it up a notch when it comes to their annual party down in Miami. Androgynous models carrying neon lights and wearing double-sided cowboy boots in one corner, and in the other, people getting dragged into the pool with their long sleeve t-shirt dresses, like a fashion ceremonial baptism.

A white stage was set up on the far side of the Delano pool where members of the Hood by Air collective performed. Brooklyn R&B singer Ian Isiah MC’d, while DJ Total Freedom, Wavy Spice and Grace Dunham spun all night.

The night ended perfectly, with Isiah getting on the mic and saying, “don’t you f*ck with my energy.” We wouldn’t dare, Ian, we wouldn’t dare. 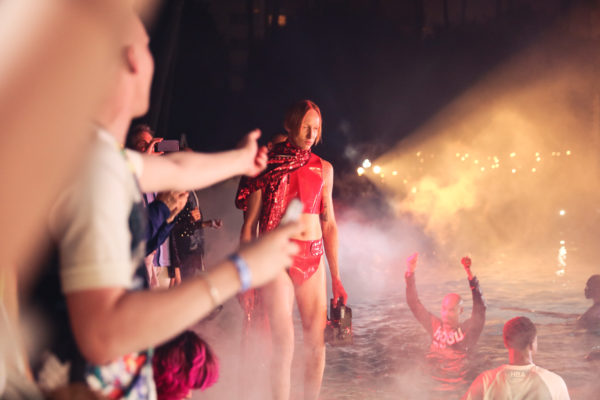 All photos courtesy of MoMA PS1