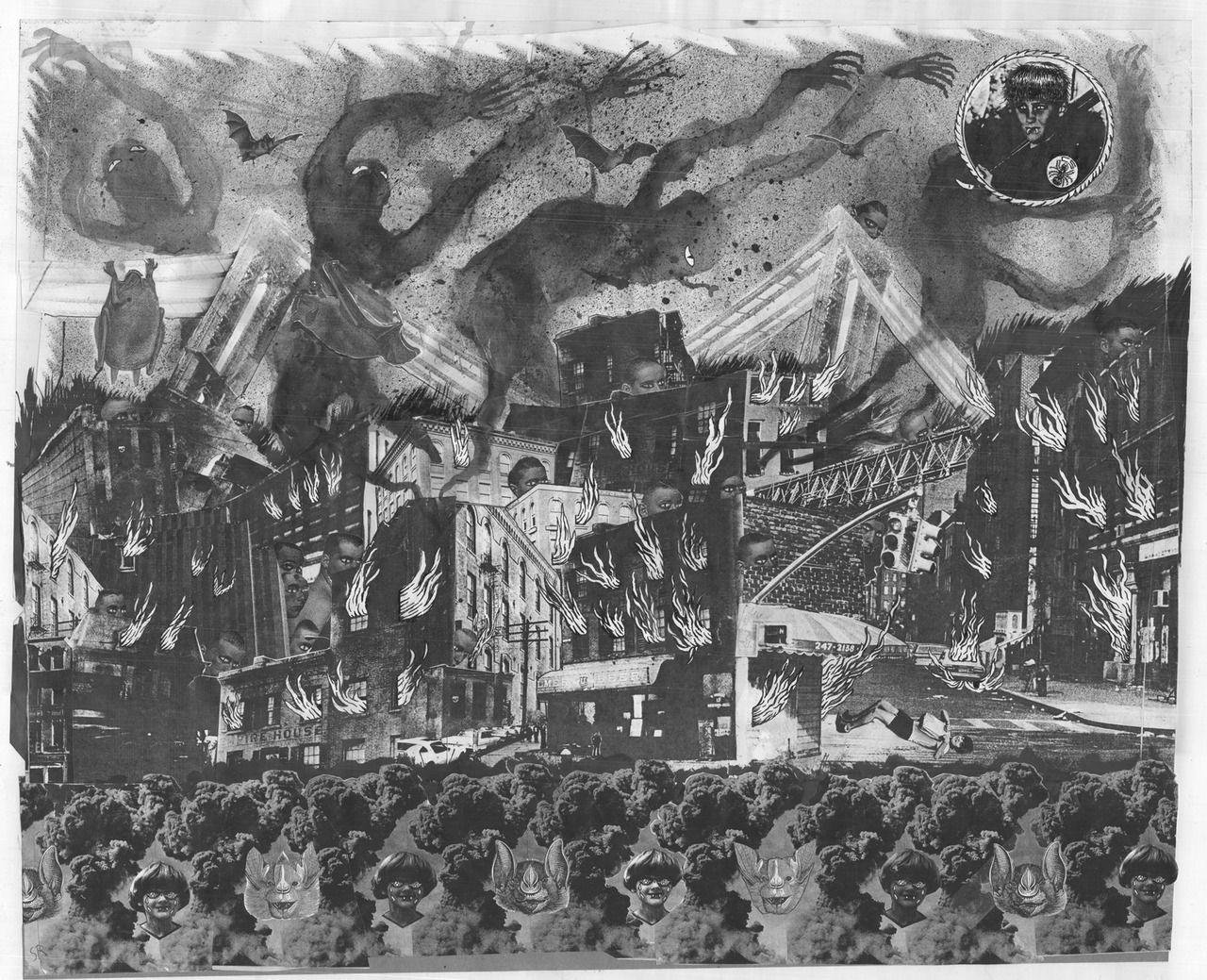 When you think of music, you might not make the immediate connection of visual art. Mostly you remember hooks, beats, and lyrics. In the genres of punk and metal though, a supreme amount of attention is placed upon the importance of the art that accompanies the music. The art and music coincide, they work in tandem, and they strive to be inseparable.

It’s been a long-standing tradition for punk and metal acts to have interesting, even stunning, visual art to accompany their music; everything from shirts, to album covers, to album inserts, to banners and theatrics utilized in live performances, and even to human beings taking on the role of “living art.”

When a band puts out a song, album, or EP they need artwork to go accompany it, so they can stand out amongst the crowd of other bands. They need them to create an image powerful enough to capture the attention of fans. Texas legends Power Trip take this idea very seriously, as can be seen by their last two albums Manifest Decimation and Nightmare Logic. For these records, they enlisted the expertise of Paolo “Madman” Girardi to paint their album artwork. Girardi, whose work may not be known in conventional art circles, is celebrated in the metal genre, for his superb images he creates. Scenes of post-apocalyptic nightmares are a theme for him, as well as otherworldly visions of demonic creatures engaging in magical, occult rituals. The works he created for the black metal act Inquisition, are prime examples of Girardi’s themes. His paintings encompass so many facets for the observer to examine, yet spare no attention to detail; they are somewhat reminiscent of Baroque masterpieces, focusing on so much, yet letting no small detail go unnoticed.

Other notable artists coming from the underground include Chris Moyen, whose work with metal and black metal bands has spanned almost three decades. Then there’s artist Sam Ryser, who runs a punk shop, named Dripper World, within a secluded alley in Brooklyn. When he isn’t working at his shop selling all manner of punk garb and merchandise, he is either playing in one of his bands, such as Murderer, or he is creating a new piece of art in a style that is uniquely his. Whether it is for an album cover, a show flyer, or just for fun, Ryser is known throughout the punk world as being a master at crafting works of art. Heather Benjamin, a friend of Sam Ryser, is also making it big within the punk world with her tripped out works, usually depicting women in distressful, almost nightmarish states, as a form of neo-feminist vision.

There is no doubt that these artists would rise into prominence on their own.However, their coupling of art and music has aided the spread of their works to all corners of the world. The paramount importance these artists place upon intermingling multiple facets of art, shows the mastery they command of their crafts. If you want to follow a few of these artists you can find Heather Benjamin and Sam Ryser on Instagram.

Dive into the Nostalgic, Site-Specific Art of Elmgreen & Dragset

#InstagramThis: 5 Public Artworks to Instagram While Enjoying Midsummer in Stockholm