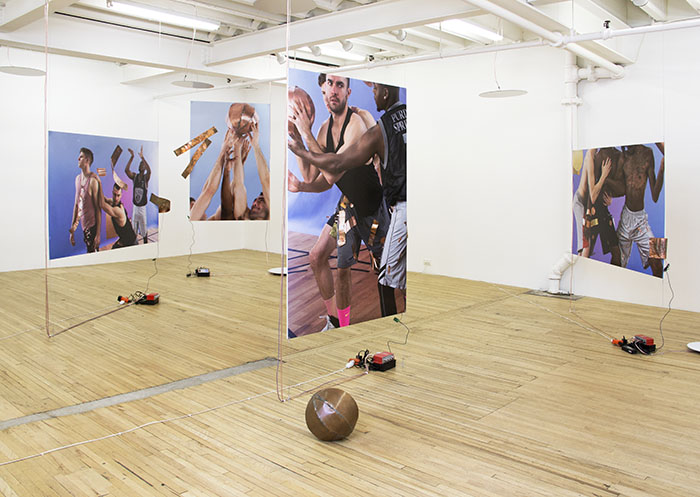 The title of the exhibition is also the title of the life size photo sculptures on view in the gallery’s main space. In Games, a group of young men in futuristic basketball attire reach out at each other’s bodies and for a copper ball. The distinctive and theatrical poses are inspired by Vaslav Nijinsky’s ballet Jeux, as well as representations of athletes in social media, television, and advertising. Each of the photographs has an exterior “limb” that, when touched, triggers a stereo recording. The visitor moves through the game and has the power to activate infinite possibilities of sonic characters and shapes. Games sets the stage for another choreography and a queer body of sound.