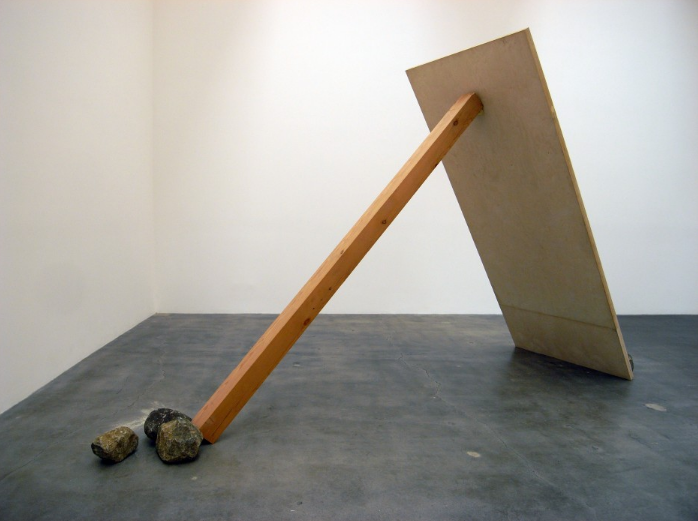 Dia presents an exhibition of Kishio Suga’s work at Dia:Chelsea at 541 West 22nd Street in New York City. Suga is a founding member of Mono-ha (School of Things), which emerged in Japan in the 1960s and 1970s and developed in parallel with Postminimal and Land art in the United States and Arte Povera in Europe—movements at the core of Dia’s permanent collection. Curated by Jessica Morgan and Alexis Lowry, this is Suga’s first solo museum show in the United States.

In this exhibition, Suga responds to the building’s unique history as a marble-cutting facility by recreating his Placement of Condition (1973), a signature installation of cut stones that lean precariously away from each other, but are bound together with wire into a mutually dependent and stable network. This work is on view alongside a selection of other significant historical installations and new works conceived specifically for Dia that explore issues of balance and structure and that respond to the physical parameters of the space. His new commission investigates material equilibrium through a series of interweaving metal rods that are perched on top of wooden uprights.