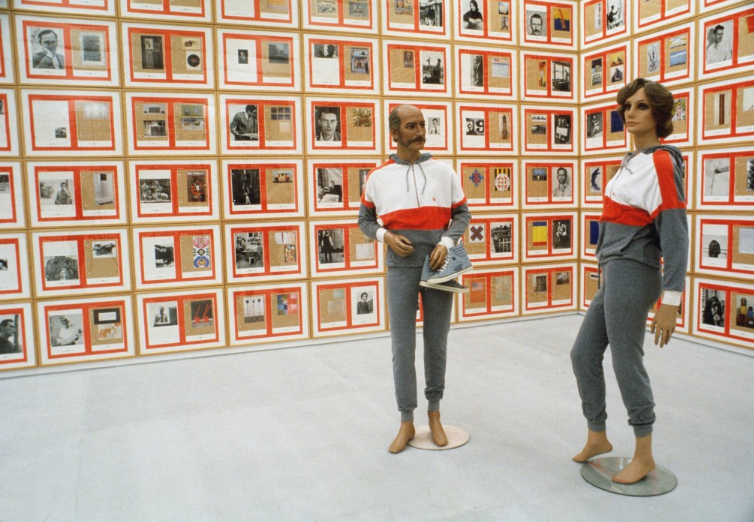 Dia presents Hanne Darboven’s Kulturgeschichte 1880–1983 (Cultural History 1880–1983, 1980–83) at Dia:Chelsea at 545 West 22nd Street in New York City.  The presentation offers audiences the opportunity to experience this important work from Dia’s permanent collection, which has not been on view in the United States for over a decade.

Cultural History 1880–1983 features 1,590 framed works on paper and 19 sculptural objects. The framed works on paper include photographs of doorways, daily newsmagazine covers, images of cameras and Hollywood celebrities, touristic postcards, the contents of an exhibition catalogue on postwar art, and documentation of prior installations of the work. The specificity of the materials chosen embodies a blending of the personal and the public, telling the story of society at large, while also presenting an autobiography of Darboven herself. From the covers of Der Spiegel with their emphasis on war and brutality, to the racial overtones seen in the slave figures and rainmaker sculptures, to the postcards presenting a bucolic and pastoral prewar Germany, there is a narrative of trauma and recovery that runs throughout Darboven’s work. For the viewer, Cultural History 1880–1983 can be an all-encompassing and overwhelming experience, physically impossible to take in at once. It is the magnum opus of an artist whose work remains lesser known than her Minimalist and Conceptual peers, particularly so within the United States.