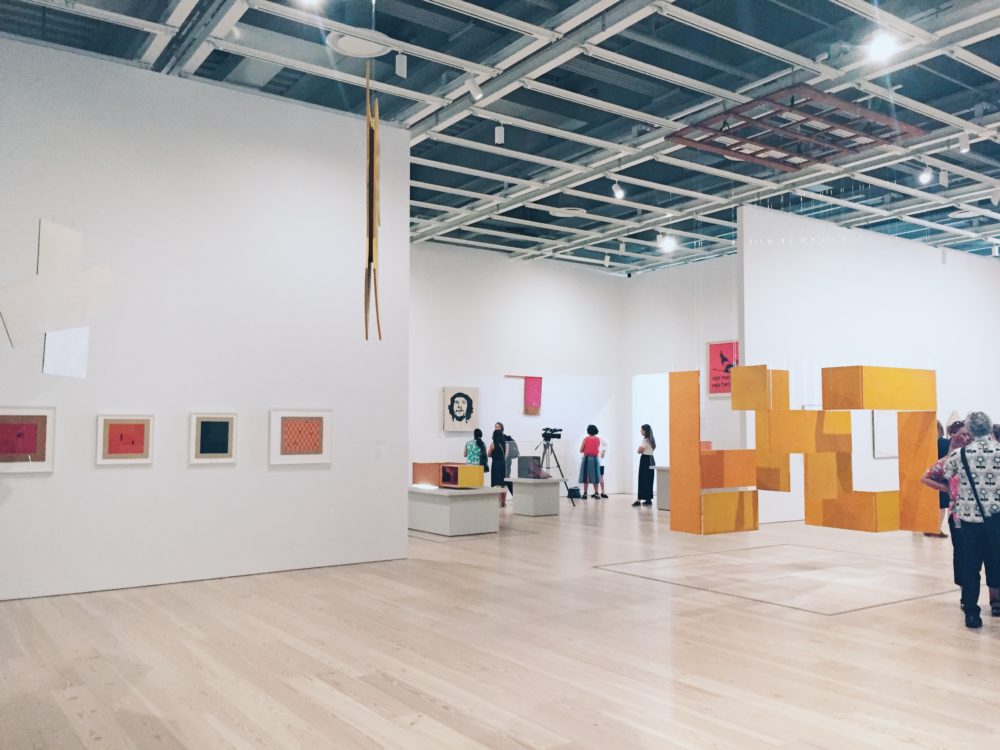 It’s quite unusual for the Whitney Museum of American Art to open an exhibit in the month of July, and that’s what makes Hélio Oiticica: To Organize Delirium all the more exciting. On Wednesday, July 12th, we enjoyed a first look at the exhibiti which officially opened on July 14th. Hélio Oiticica: To Organize Delirium is the first full-scale U.S. retrospective in two decades of the Brazilian artist’s work.

From sandboxes to videos, to wearables, birds, tents, and walks through running water, Hélio Oiticica: To Organize Delirium practically begs you to interact with the art. Find yourself fully submerged in Oiticica’s artwork and emerge from the exhibit all the more interested and educated in his intentions and the process behind his work. Check out some of our favorite exhibition moments.

Mashonda Tifrere On a Mission to Empower Young Female Artists

How Young Collectors Can Build A Killer Art Collection

Ask the Collector with Holly Hager Collecting 101—Paying for Art