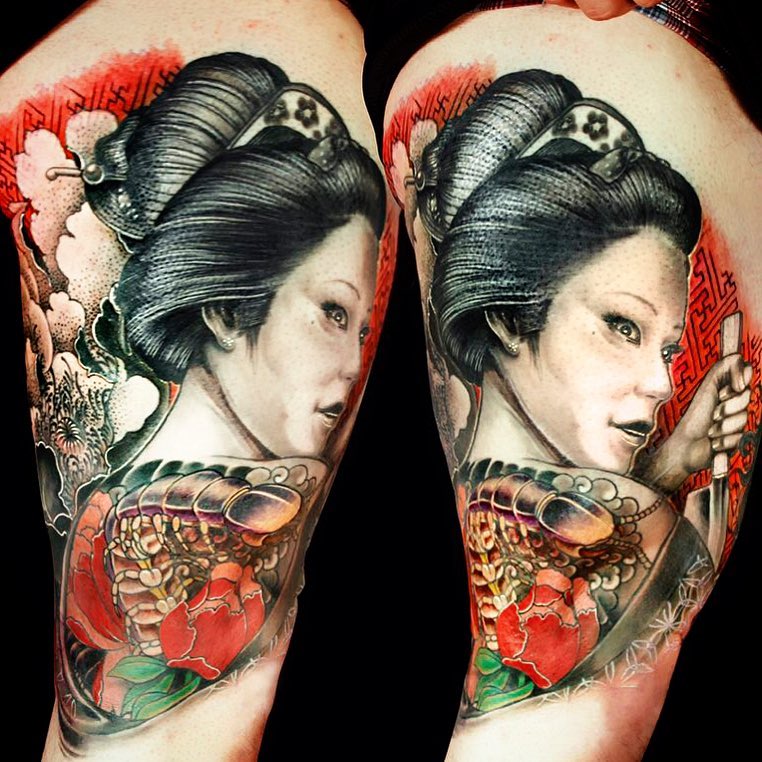 Tattoos have endured a voluminous history, and societal opinions thereof have varied greatly within the lengthy span of their existence. To celebrate this artform and the artists who spurred its elevation, the New York Hilton Midtown will host the Empire State Tattoo Expo this weekend. If you’re in the mood to watch the best tattoo artists in the world take the “tortured artist” stereotype super literally, or if you want some ink from your favorite artist to show off to your friends, don’t miss this event.

To get you pumped for the convention, we’ve selected our favorite works from some of the featured artists who will be there this weekend. Here’s our list:

The Peruvian native eloquently demonstrates the transition of tattoo art from merely functional markings for sailors and soldiers into an expression of aesthetic prowess. You’ll frequently find tattooed animals of a fiercer disposition, like tigers or eagles; rarely do we see something so, well, adorable!

If TV and film are your favorite mediums of visual art, Nikko Hurtado’s tattoos should be a close second. The Californian artist captures several seasons’ worth of character development in a single image, enhancing its impact with wisps of color (which is all the more impressive when you consider that he isn’t simply dealing with a blank, white canvas). Lannister’s likeness stands among an impressive collection of the most famous (and infamous) characters from movies and television.

Italian tattoo artist Matteo Pasqualin works exclusively with black and gray ink, which allows him to explore the technical elements beyond color that contribute to an imaginative piece. Here we see Pasqualin dabbling with surrealism in his tattoos, and his limiting himself to just black and gray actually helps to display his mastery of depth perception and subtle shading.

Another tat you’ll often find is the single Mandarin calligraphy marking, frequently something simple that means “love” or “peace” (hopefully…we’ve heard some horror stories about people who can’t read Mandarin getting the wrong character for the word they want). However, Taiwanese tattoo artist Jess Yen takes the Asian tattoo to a different level. Yen’s work positively glows with color, but this doesn’t at all deter from the intricate detail of his sleeve.

“I destroy and then I reconfigure” | Antithesis, Chiffon Thomas’s New Solo Exhibition, Opens at Kohn Gallery

Sotheby’s Bidder Commits to Purchase of Painting That Self-Destructed

This Week in the Art World: March 27th – April 2nd