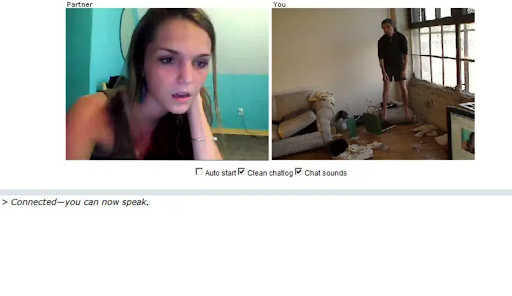 above: Excerpt of No Fun, by Eva and Franco Mattes—one of the most important works of this decade, if not the digital age as a whole. Video courtesy of the artists and Postmasters Gallery.

In my last column, New Media Art, I introduced the genre with several works by digital-art pioneer, Claudia Hart. Now let’s dig into some of the most important new media art out there, as well as how to collect it.

I know that the video above, No Fun, by Eva and Franco Mattes is extremely disturbing. That’s why I think it’s one of the most important works of this decade, if not the entire digital age. As we launch into the 2020 election cycle, this 9-year-old work couldn’t be more relevant. It prophetically speaks to key issues that are undermining democracy around the globe.

Long before the term “fake news,” these artists revealed how technology can erode our ability to get at the truth. As Frauke Surmann assessed in the year the work was made, it demonstrates that, “The concepts of reality and fiction themselves have become highly fragile and therefore do not serve as consensual, community-building means anymore.” Yikes. If you’ve been wondering how we got so polarized, here’s part of the answer. This work crystallizes the now accepted digital-age danger that what’s meant to connect us can often divide us.

No Fun documents the artists faking a suicide on Chatroulette, an early social site. Launched by a well-intentioned Russian teenager in late 2009, Chatroulette paired random worldwide users for webcam conversations. If you can think back to the 2000s, that seems like a recipe for unprecedented global interaction, understanding, and connection. In fact, the site was so addictive that it went viral, exploding in just a few months to 1.5 million users by March of 2010—one-third of them in the U.S.

What’s revelatory about No Fun is the reactions on the other side of the chat. On a site meant to connect people, what we see instead is rampant callousness. During the several hours of the Mattes’ performance, thousands of viewers were confronted with a horrifyingly realistic hanging. Yet only one user tried to help Mattes. Many viewers laugh nervously or tell each other that the suicide must be fake. Others have a Gladiator moment—clearly annoyed that the victim isn’t sufficiently entertaining them. One user types, “u have to die” to Mattes. Even more disturbing, one masked viewer appears unfazed, silently playing the guitar as he stares at the lifelessly swinging body. Another actually starts masturbating…. The artists purposefully make no judgments; they leave that to us.

Excerpt of T3511, by Heather Dewey-Hagborg another potentially decade-defining work is showing on the LES until August 9th. Run to see the whole work while you can. Video courtesy of the artist and Fridman Gallery.

This year another potentially decade-defining work is showing on the LES at Fridman Gallery until August 9th. Run to see the whole thing while you can. Seriously. The video above is just an excerpt, and the show is by another brilliant Eyebeam alum, Heather Dewey-Hagborg. A scientist and an artist, Dewey-Hagborg’s At the Temperature of My Body will introduce you to a whole other level of privacy invasion. Not just your data is at risk, but your very cells. Turns out that you don’t just need a webcam cover to keep the NSA from spying on you. You also need to beware that almost anyone can now grow and “immortalize” your DNA—without your knowledge or consent.

Dewey-Hagborg’s video, T3511, is the definition of creepy. The work begins with her purchase of cells anonymously donated to one of the seemingly utopic DNA testing services (e.g., 23andme, Ancestry, My Heritage, etc.) Under a voiceover in which the artist talks to the donor like a stalker, the video chronicles her plunder of his personal details, her gestation of his cells with the warmth of her body through to her identification of exactly who he is and her attempts to physically contact him. As with No Fun, T3511 unmasks a very dark and real time digital-age threat that we haven’t even begun to fully understand, let alone consider enacting protections against. 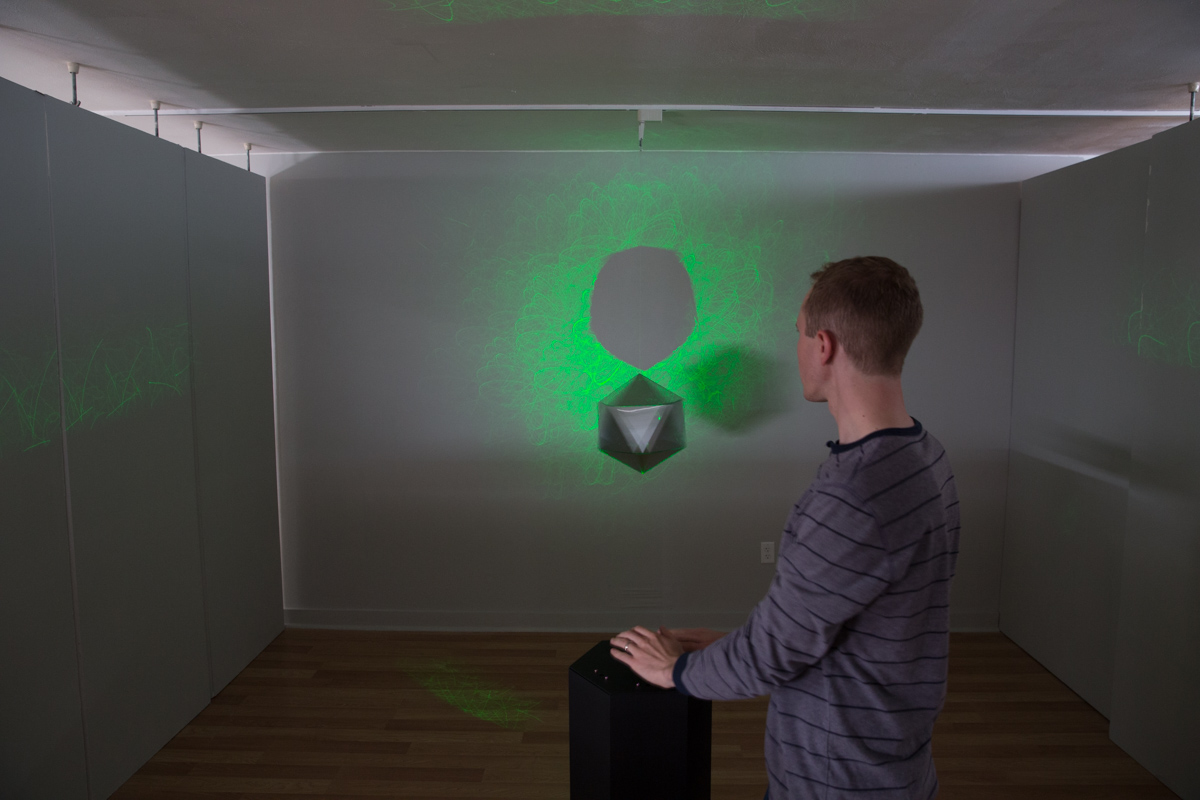 The Eye is Not a Camera by Liz Liguori. Image courtesy of the artist.

As with Hart’s work, not all new media art is a cautionary tale. The genre runs the gamut, and generative pieces can be especially fun. Many, like Daniel Rozin’s works, incorporate cameras to render the viewer into the work in realtime in a kind of ultimate selfie. Other generative works incorporate sensors. Recently, at the Every Woman Biennial in New York, I got to experience Liz Liguori‘s The Eye is Not a Camera in person. For someone like me, who can’t even make a good stick figure, it was a delight to “draw” in laser light using just the energy emanating from my hand.

Border Crossing Beta 2.0 by Alfredo Salazar-Caro, 2015.  Long before the Trump administration started locking up kids in cages, Salazar-Caro was already bringing to light the often deadly journey that migrants brave to chase the American dream. Video as exhibited at the University of Chicago’s Arts Incubator Gallery and courtesy of the artist.

Other generative works are more hard-hitting. Long before the Trump administration started locking up kids in cages, Alfredo Salazar-Caro was already bringing to light the often deadly journey that migrants brave to chase the American dream. In Border Crossing Beta 2.0, Salazar-Caro gives us a window into what it’s like to try to cross the U.S.-Mexico border via the Arizona desert. He based the work on interviews with actual migrants and constructed it like a video game in which he explains, “The user can roam indefinitely through the desert and may or may not find any fragments of these interviews/experiences.”

New media works can also be scary to collectors for reasons other than their content. The most common fear is how to maintain them if they break or crash. With more complicated works that have moving parts, like motors or art that runs on software, that fear has some justification. But the irony is that the majority of new media works are video files, which are actually much more durable than traditional works like sculpture or prints. The video itself almost never breaks and only has to be upgraded if you radically upgrade your hardware. They’re just like all the other images you keep in your photo streams.

Right now, I keep most of my new media works on thumb drives, which is the current standard for transferring them. I pop them in my computer or into one of my smart TVs at will. I also own a few works through the online art streaming site s[edition]. There are new art services popping up all the time. The most promising is a new media subscription service called Niio. Starting at $99 per month, they’ll loan you a rotating “artcast” of 6 works of continuously looping video per year from highly respected artists. Better yet, you can play them on up to a 98” 4K screen via their plug-and-play player that’s controlled with a phone app. Fine art doesn’t get more accessible than that!