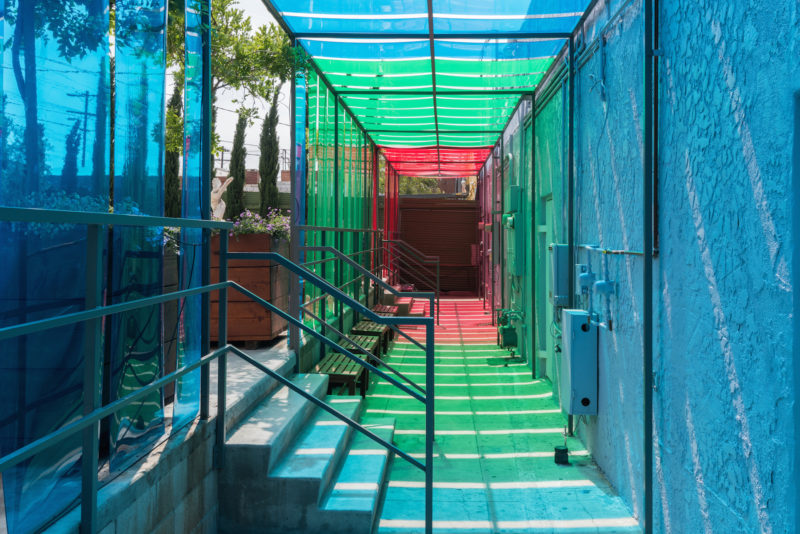 Through a storefront off Washington Boulevard in Arlington Heights, you’ll find color-driven works by some of contemporary art’s most celebrated artists. Dan Flavin, Carmen Herrera, and a striking Lita Albuquerque welcome you, almost casually, to The Underground Museum’s third exhibition, Artists of Color. The space is filled with immersive installations, sculpture and paintings by artist’s who have used color to express emotions and evoke energy and tranquility. 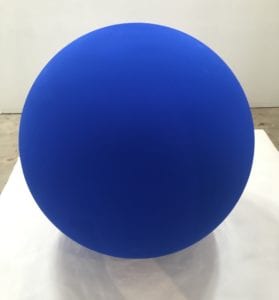 The exhibition also aims to illustrate the significance of color beyond art. Four monochrome panels in red, black, green and white make up Felix Gonzalez-Torres’ 1988 work, Forbidden Colors. Representing the Palestinian flag and addressing the ban of these colors by the State of Israel, Gonzalez-Torres placed these works together to emphasize that the “color combination can cause an arrest, a beating, a curfew, a shooting, or a news photograph,” yet some viewers see “an exercise in color theory, or some sort of abstraction.”

Across from a Donald Judd and Josef Albers’ Study for Homage to a Square, you’ll find a minimalist work by Imi Knoebel that activates the space and completely draws you in. Made of wood, the work exists as both a painting and a sculpture as it extends from the gallery wall. Beside it, Jennie C. Jones adheres piano keys to linen for Composition for Sharps. “As soon as you start talking about acoustics and architecture it really quickly…goes into the realm of physics and that immediately connects to how color vibrates and bounces,” she states. 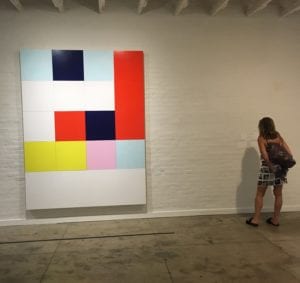 Past the Ellsworth Kelly and through a door, you’ll find a stunning, immersive work by Diana Thater titled RGB Windows for MOCA and a large garden space (with a juice bar, of course!). Used for yoga, meditation and the Museum’s Purple Garden Cinema series, this space is a tranquil, hidden gem.

The Underground Museum was founded in 2012 by the late artist Noah Davis. Through a partnership with MOCA LA, Davis was given the ability to curate exhibitions from the museum’s permanent collection and bring significant artworks to a working-class area in Central LA. Since Davis’ death at the young age of 32, his family, MOCA, and museum director MeganSteinman, have made significant efforts to continue Davis’ vision. 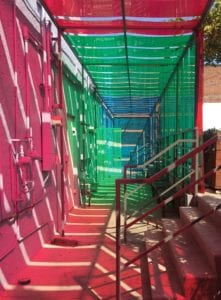 Why We Launched a Photography Service