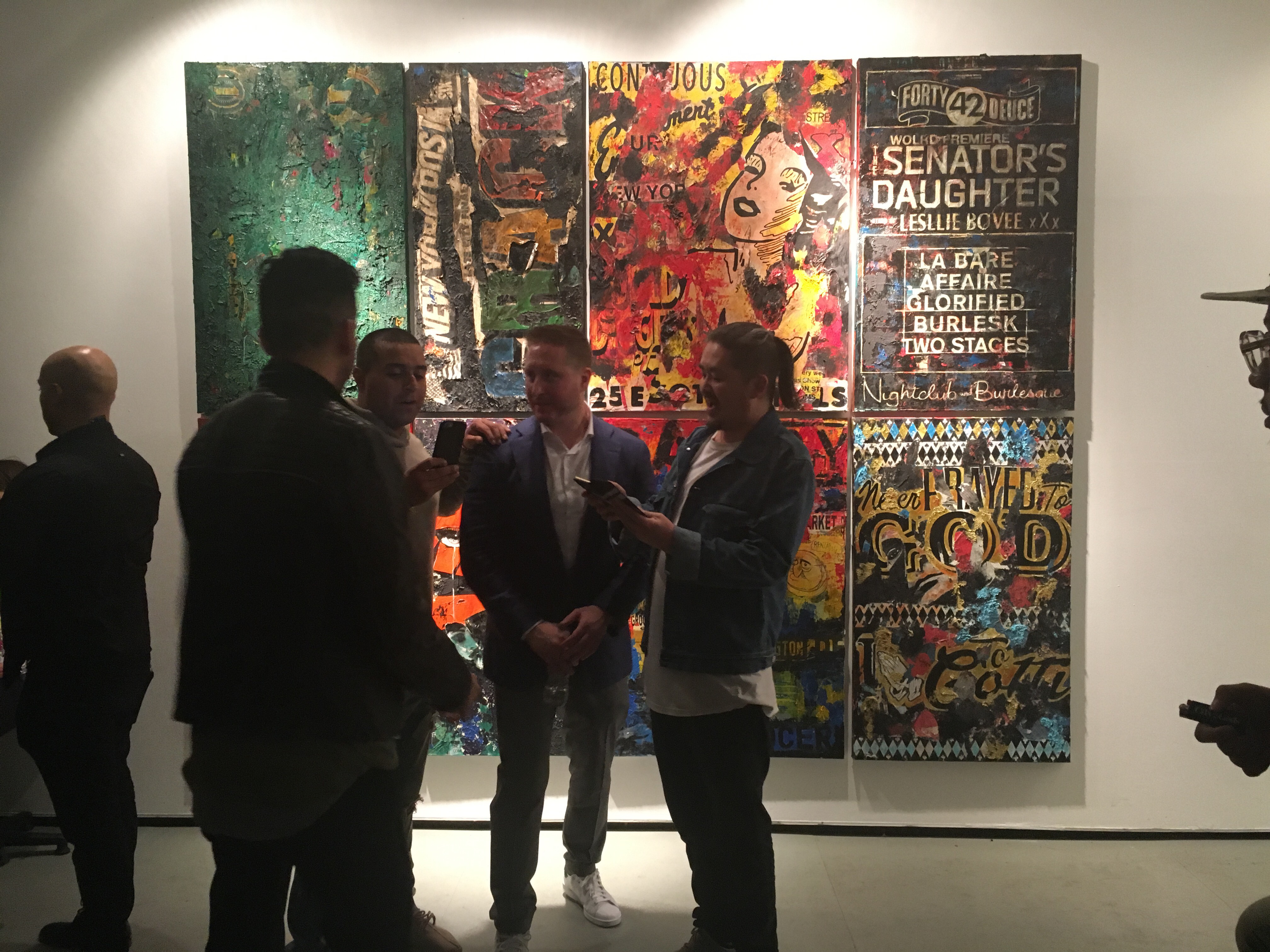 Andrew Thiele might have his roots in graphic design and the music industry, but his emerging presence in the fine arts scene is testimony to his entrepreneurial and creative spirit. Thiele has been developing his oeuvre for years, working on his fine art as a side to his career as a designer for big-name brands such as ESPN, Adidas, Universal Records, and Pepsi.

Thiele, the founder of creative agency Artek Creative Inc., recently made waves in the art world during Scope Art Fair this year where his art was represented by Castle Fitzjohns Gallery. From March 23-28, Thiele debuts a new body of work in his first solo show, presenting 20 new paintings in One Art Space in Tribeca.  A commentary on the receding grittiness of New York City, “Used and Abused” is Thiele’s observation of the polarity of city life and the hidden process of creative endeavors.

Utilizing found signage and materials from various areas throughout the Greater New York area, Thiele mixes mediums and conceptualizes socio-economic borders with his collage-paintings. In these paintings, Thiele intimately guides his audience through the omnipresent urbanization and consumerism of city life. A double-entendre, the title of his show “Used & Abused” is Thiele’s way of inviting his audience into his process. 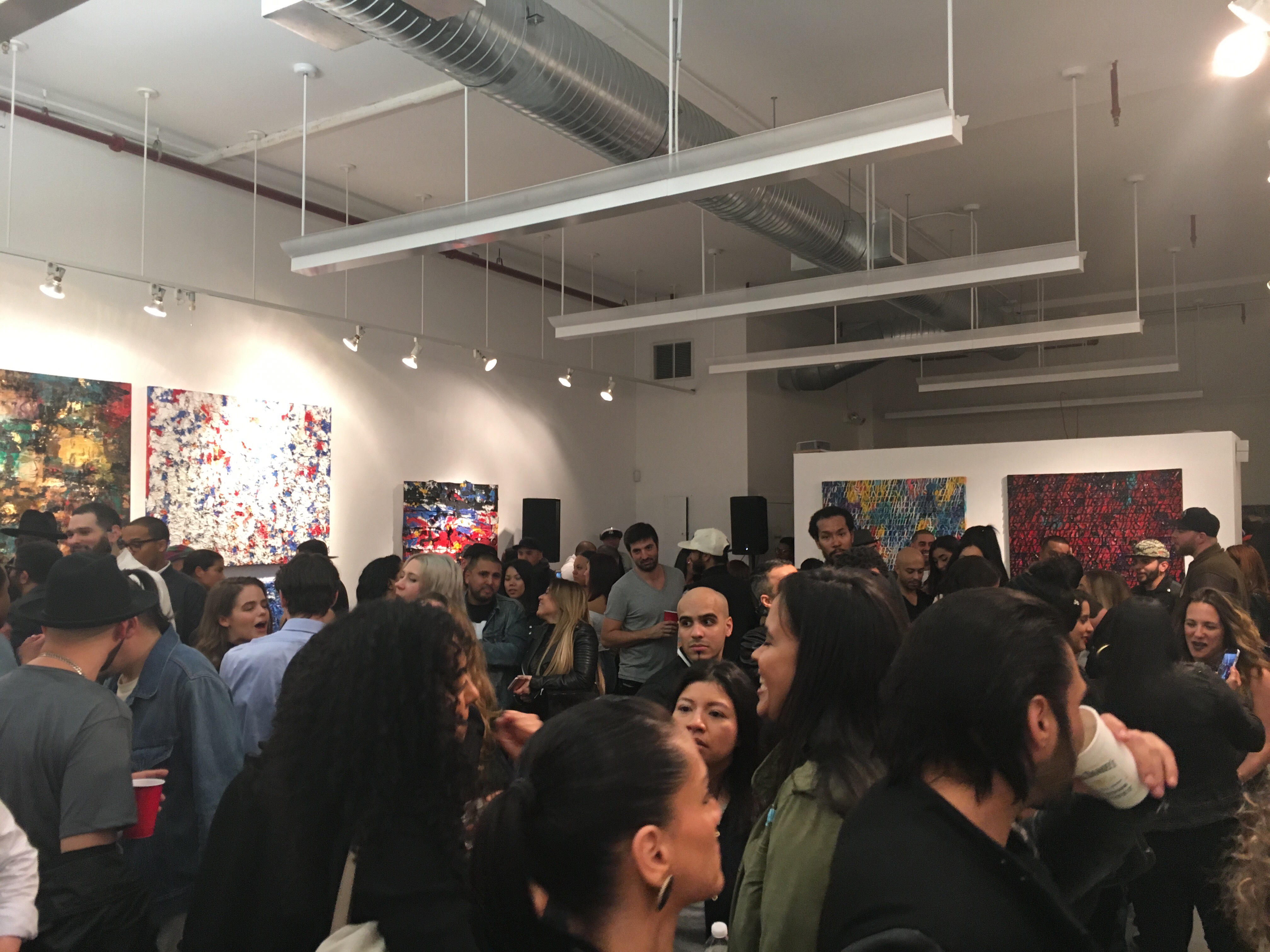 Infused with a passion for persistent creativity and discovery, Thiele wants the audience to see past the façade of his work. “Working in digital is flat,” the artist says about working in graphic design. “I’m always looking at and analyzing my paintings, finding things to make the work pop more. My objective is to make people think ‘how the hell did he do that?’”  When it comes to method, Thiele takes his cues from the greats, listing Willem de Kooning, Keith Haring, Jean-Michel Basquiat, Robert Motherwell and Robert Rauchenberg as influencers.

As much as Thiele places importance on the process of his artistry, the living, breathing influence of New York City saturates his work. “Morning Grind” is composed of blue old-school New York coffee cups over brown paint and coffee grinds, while “Delancy Street” incorporates textile scraps from the Garment District. Always looking and learning, Thiele cites a quote he gathered from the recent Frank Stella exhibit as a working philosophy: “Build a painting, don’t paint a painting.”

Throughout the duration of the show, One Art Space will host a series of events in collaboration with the public, other artists, and music industry VIPs, including a panel discussion that will invite audience members to share in the journeys of folks in creative fields. “You don’t get a second chance to make a first impression,” Thiele muses about his debut solo show. “For the art to be well received, that means the most to me.”