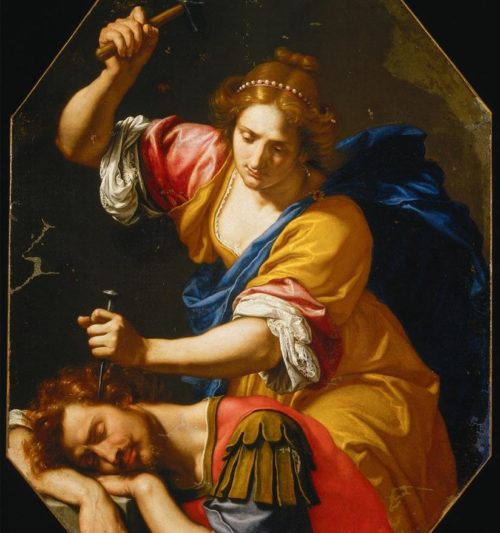 As if it weren’t blatantly obvious, “winter is coming.” The gray skies and cold winds make getting up in the morning a real challenge, and after a long day of work, we all want to run home and wrap ourselves up like a shearling burrito. The cold weather gives you an excuse to become a hermit, and when you’re warm and comfortable inside, a good book is your best friend.

This season you’ll get the chills indoors when you read some of the most intriguing art-mystery novels out there. We’ve rounded up ten critically-acclaimed pieces with stories that will keep you on edge and wanting more.

Hailed by The New York Times Book Review as “a luscious Victorian thriller” that “sends two characters from Wilkie Collins’s 1860s novel [The Woman in White] on a brilliant literary mission,” James Wilson’s The Dark Clue is as stylishly inventive as the oil paintings of J. M. W. Turner, the elusive genius who lies at the thriller’s heart. Sheltered, upright Walter Hartright is commissioned to write a biography of England’s great Romantic landscape artist. When he discovers the “dark clue” hidden deep within Turner’s paintings, he becomes eerily obsessed with reconstructing a life that is shrouded in mystery and steeped in rumor.

English art scholar Jonathan Argyll was amazed to find himself arrested for vagrancy while searching for a long-lost Raphael in a tiny Roman church. Although General Bottando of the Italian National Art Theft Squad has little confidence in Jonathan’s theories, Bottando’s lovely assistant, Flavia di Stefano, is intrigued by the idea of a lost classic, and by Jonathan himself. But in the midst of the painting’s discovery and the resultant worldwide publicity, a new chain of events is set into action. First vandalism, then murder, surround the painting. And as new facts about its true nature emerge, Bottando sends Flavia and Jonathan to investigate–little knowing that the pair will be on the run for the truth… and for their very lives.

While restoring a 15th-century painting which depicts a chess game between the Duke of Flanders and his knight, Julia, a young art expert, discovers a hidden inscription in the corner: Quis Necavit Equitem. Translation: Who killed the knight? Breaking the silence of five centuries, Julia’s hunt for a Renaissance murderer leads her into a modern-day game of sin, betrayal, and death.

This is the first book in a mystery series starring Annie Kincaid, a young woman with a talent for forging precious artworks, but who’s left her past as a crook behind. While working in San Fransisco, Annie’s got bad news for her ex-boyfriend, curator Ernst Pettigrew: the snooty Brock Museum’s new fifteen-million-dollar Caravaggio painting is as fake as a three-dollar bill. And the same night Annie makes her shattering appraisal, the janitor on duty is killed—and Ernst disappears. To top it all off, a well-known art dealer has absconded with multiple Old Master drawings, leaving more forgeries in their places. Finding the originals—and pocketing the reward money—will get Annie’s new landlord off her back. But it could also draw her into the underworld of fakes and forgers she swore she’d left behind, starting with a close encounter with a changeable but charming art thief.

When the senior curator at Washington’s famed National Gallery finds a missing painting by the Renaissance master Caravaggio, he mounts a world-class exhibition–and plots a brilliant forgery scheme that will stun the art world. But an artful deception suddenly becomes a portrait of blackmail and murder–as a gallery owner and part-time sleuth Annabel Reed-Smith and her husband go searching for clues in the heady arena of international art and uncover a rare collection of unscrupulous characters that leads all the way to Italy.

6. The Burglar Who Painted Like Mondrian, by Lawrence Block (1983)

It’s not that used bookstore owner and part-time burglar Bernie Rhodenbarr believes the less legal of his two professions is particularly ethical. (It is, however, a rush, and he is very good at it.) He just thinks it’s unfair to face a prison term for his legitimate activities. After appraising the worth of a rich man’s library — conveniently leaving his fingerprints everywhere in the process — Bernie finds he’s the prime suspect when his client is murdered.

Someone has framed Bernie Rhodenbarr. If he wants to get out of this, he’ll have to get to the bottom of a rather artful — if multiple murderous — scam.

In 2006, the art world moved far beyond sheep in formaldehyde. The most avant-garde movement is to use living people as artwork. Undergoing weeks of preparation to become ‘canvases’, the models are required to stay in their pose for ten to twelve hours a day and, as art pieces, they are also for sale. After being exhibited, the ‘canvases,’ can be bought and taken to the purchaser’s home, where they are rented for weeks or months. Many beautiful young men and women long to become a ‘canvas’ – knowing they are a masterpiece and worth millions seems to make all the sacrifices worthwhile – especially if they can be ‘painted’ by the celebrated artist Bruno Van Tysch. But there is a darker side to this art movement, when it is found that the models/works of art are sometimes used in interactive works – snuff movies, where the ‘art’ is filmed being tortured and killed.

This thriller is rooted assuredly in fact: Switzerland’s shameful WWII record of profiteering and collaboration with Nazi Germany.

When art restorer and occasional Israeli agent Gabriel Allon is sent to Zurich, Switzerland, to restore the painting of a reclusive millionaire banker, he arrives to find his would-be employer murdered at the foot of his Raphael. A secret collection of priceless, illicitly gained Impressionist masterpieces is missing. Gabriel’s handlers step out of the shadows to admit the truth, the collector had been silenced and Gabriel is put back in the high-stakes spy game, battling wits with the rogue assassin he helped to train.

It was a bizarre pose for beautiful model Sonia Gluck–and her last. For in the draperies of her couch lay a fatal dagger, and behind her murder lies all the intrigue and acid-etched temperament of an artist’s colony. Called in to investigate, Scotland Yard’s Inspector Roderick Alleyn finds his own passions unexpectedly stirred by the feisty painter Agatha Troy–brilliant artist and suspected murderess.

John Sebastian Lafcadio’s ambition to be known as the greatest painter since Rembrandt was not to be thwarted by a matter as trifling as his own death. He left a set of twelve sealed paintings in the hands of his widow, together with the instruction that she unveil one canvas each year before a carefully selected audience.

Albert Campion is invited to join a cast of gadabouts, muses, and socialites to witness the eighth unveiling, but are instead treated to a murder. The lights go down, and a young man is stabbed to death. Campion must get to work on the baffling case, with its long – suspiciously long – line-up of possible killers and soon finds himself having to face his dearest enemy.

Your Travel Guide to Mexico City for Zona Maco