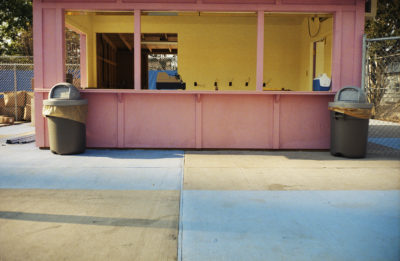 David Zwirner is pleased to present its first exhibition with William Eggleston since having announced the gallery’s exclusive worldwide representation of the artist. On view at 537 West 20th Street in New York will be works from Eggleston’s monumental project The Democratic Forest.

Over the course of nearly six decades, Eggleston has established a singular pictorial style that deftly combines vernacular subject matter with an innate and sophisticated understanding of color, form, and composition. His photographs transform the ordinary into distinctive, poetic images that eschew fixed meaning. His 1976 solo exhibition at The Museum of Modern Art, New York, curated by John Szarkowski, marked the first presentation of color photography at the museum. Although initially criticized for its unfamiliar approach, the show and its accompanying catalogue, William Eggleston’s Guide, heralded an important moment in the medium’s acceptance within the art historical canon, and it solidified the artist’s position as one of its foremost practitioners to this date. Eggleston’s work continues to exert an influence on contemporary visual culture at large.

The Democratic Forest is among Eggleston’s most ambitious projects and a prime example of his uniquely recognizable aesthetic. Likened to an epic journey or an enduring narrative, it comprises a careful selection of works from over ten thousand negatives he took in the mid-1980s across the southern and eastern parts of America and in several European countries. These photographs of rural back roads, industrial and residential environs, architectural details, restaurant interiors, and parking lots, among other locales, eluded the conventions of both reportage and the black-and-white art photography practiced by many of the artist’s peers at the time, and instead shaped their own definition of what a photographic image could be—intuitive and charged with imaginative possibilities. Collectively, the project echoes Eggleston’s predilection for the “democratic” vision of the camera, able to render equally what is in front of the lens.