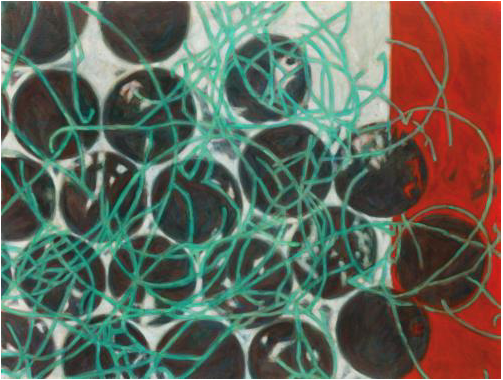 Bumiller captures that dynamic relationship between forces in her paintings in both her imagery and her process. As she builds up her pieces, images are embedded in layers of oil and varnish like insects in amber. Transparency and opacity both reveal and conceal, much like memory itself. The intuitive evolution of Bumiller’s layering and the resulting organic environment is disrupted by what appear to be intervening man-made structures, just how the natural world is constantly veering on becoming lost to memory as human imposition overwhelms it.