“The Ends of Collage” Exhibition at Luxembourg & Dayan 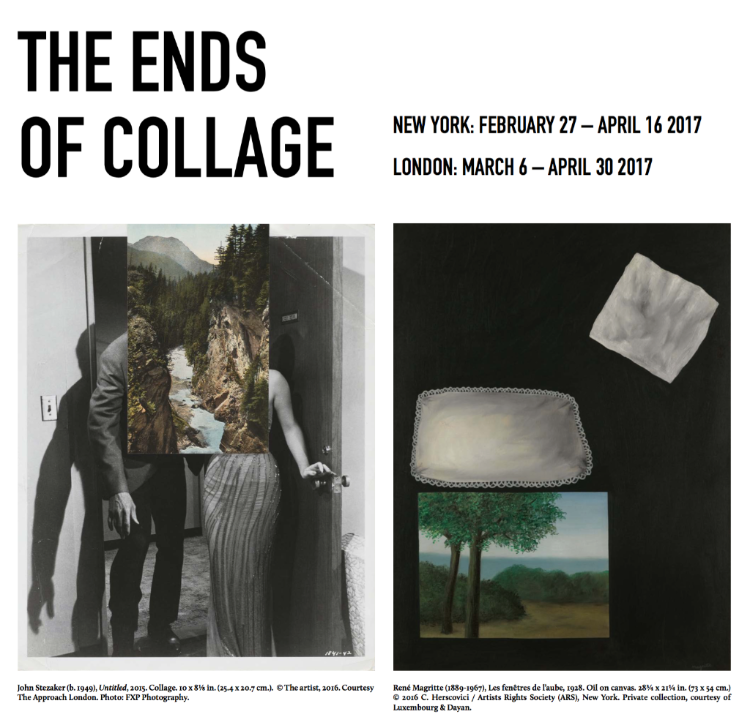 From February through April 2017, Luxembourg & Dayan will present The Ends of Collage an exhibition that unfolds in two parts across the gallery’s New York and London spaces. Its title refers both literally and metaphorically to the place where collage fulfills its calling – at the ends or edges of pictures and fragments, where separate worlds come together or break apart from one another. However, the notion of ‘ends’ also implies a more provocative proposition: that collage can be seen as a radical historical event that ended as the concept of ‘cut and paste’ gradually infiltrated the mainstream language of all visual communication.

The Ends of Collage juxtaposes early experiments of collage-making from the first decades of the 20th century with later technical and conceptual innovations produced by artists who found themselves operating at the dawn of the digital age in the 1970s and 1980s and up to the present day. The exhibition abandons the well-rehearsed historical narrative that is commonly accepted through such conventional categories as Cubism, Dada, Surrealism, and so on, to revisit collage as a set of such technical and conceptual artistic gestures.