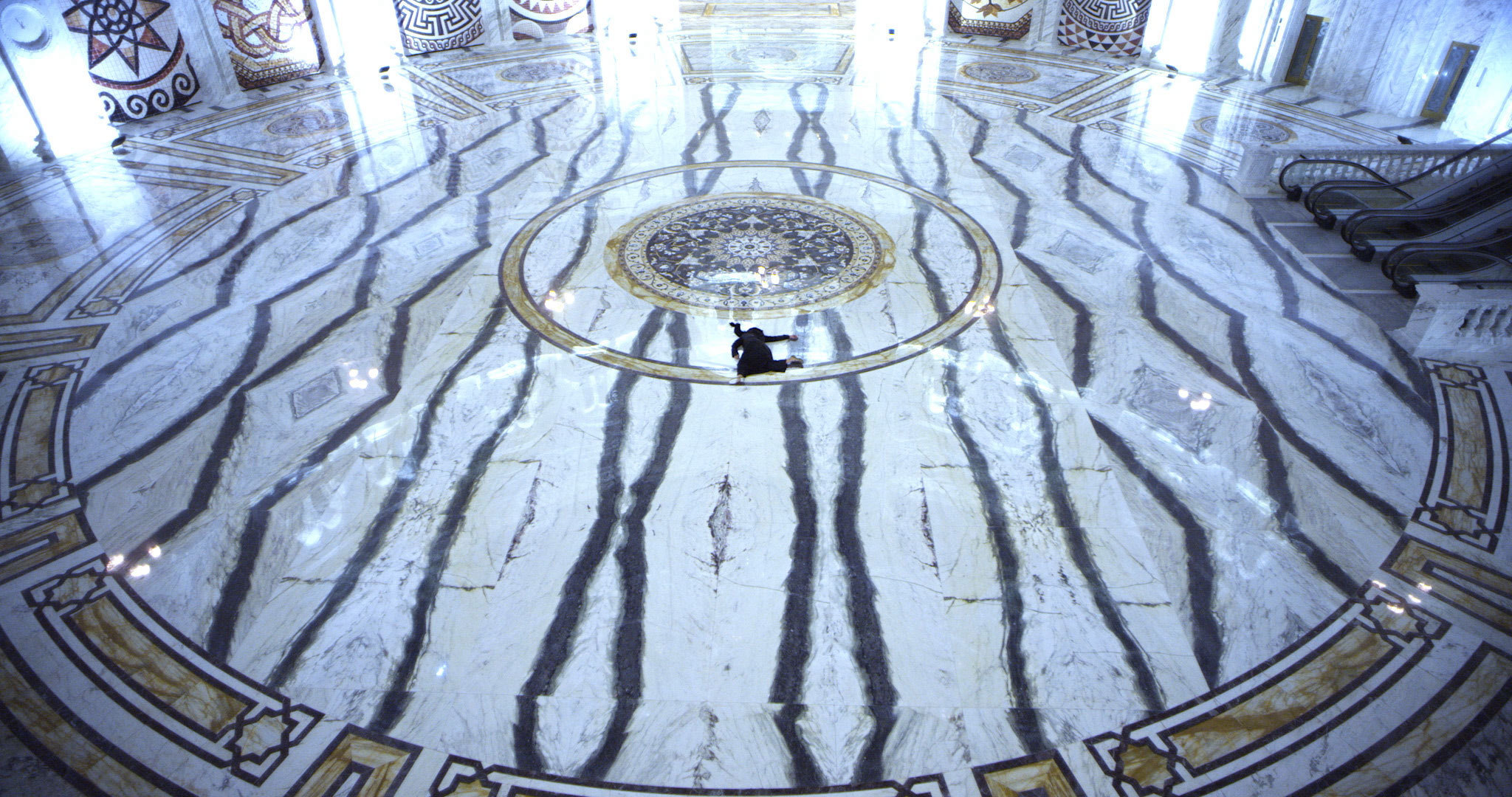 For her first solo exhibition in the United States, Sophia Al-Maria (b. 1983) debuts a new video and installation. For nearly a decade, Al-Maria has been finding ways to describe twenty-first-century life in the Gulf Arab nations through art, writing, and filmmaking. She coined the term “Gulf Futurism” to explain the stunning urban and economic development in the region over the last decades, as well as the environmental damage, religious conservatism, and historical amnesia that have accompanied it. Her exhibition at the Whitney continues this examination by focusing on the Gulf’s embrace of the shopping mall.

In Al-Maria’s view, the mall in both the Gulf and the United States—along with its attendant consumerism—occupies “a weirdly neutral shared zone between cultures that are otherwise engaged in a sort of war of information and image,” waged through both traditional and social media. The proliferation of malls in the Gulf in the late 1990s and early 2000s is something Al-Maria witnessed firsthand, having been raised between Washington State and Qatar. Her new video, Black Friday, is a rumination on shopping malls everywhere as secular temples of capitalism. Beneath the projected video lies The Litany, an installation of flickering electronic devices displaying short, glitchy loops—a heap of old screens that acts as a coded history of consumption, conflict, and desire.