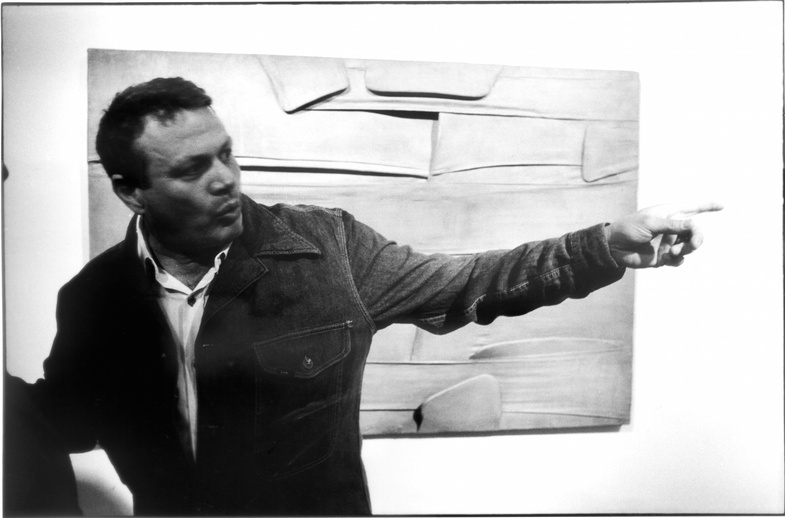 The liminal condition of Salvatore Scarpitta’s art is paralleled by his dual nationalities and cultural affiliations. Born in New York City and raised in Hollywood, Scarpitta traveled to Italy in 1936 to study at the Italian Academy of Fine Arts in Rome. There he rejected fascist-informed realism and looked to precedents in Futurism and Cubism, as well as the abstractions of contemporaries such as Alberto Burri, and the leftist politics of his peers. Though fully immersed in Italian life for more than two decades, Scarpitta nevertheless remained apart from it: During World War II he joined the United States Navy, where he was a “monuments man,” part of a multinational group charged with searching out and rescuing art from the Fascists and Nazis. Interned for a period before spending nearly a year in hiding, he witnessed firsthand the war’s devastation. Yet, Scarpitta also encountered a spirit of aesthetic and cultural liberation in Rome’s postwar artistic community, within which he became deeply embedded. As an Italian-American, having experienced hope born from trauma, he broke from the claustrophobic constraints of the traditional picture plane to interrogate painting’s raw materiality.