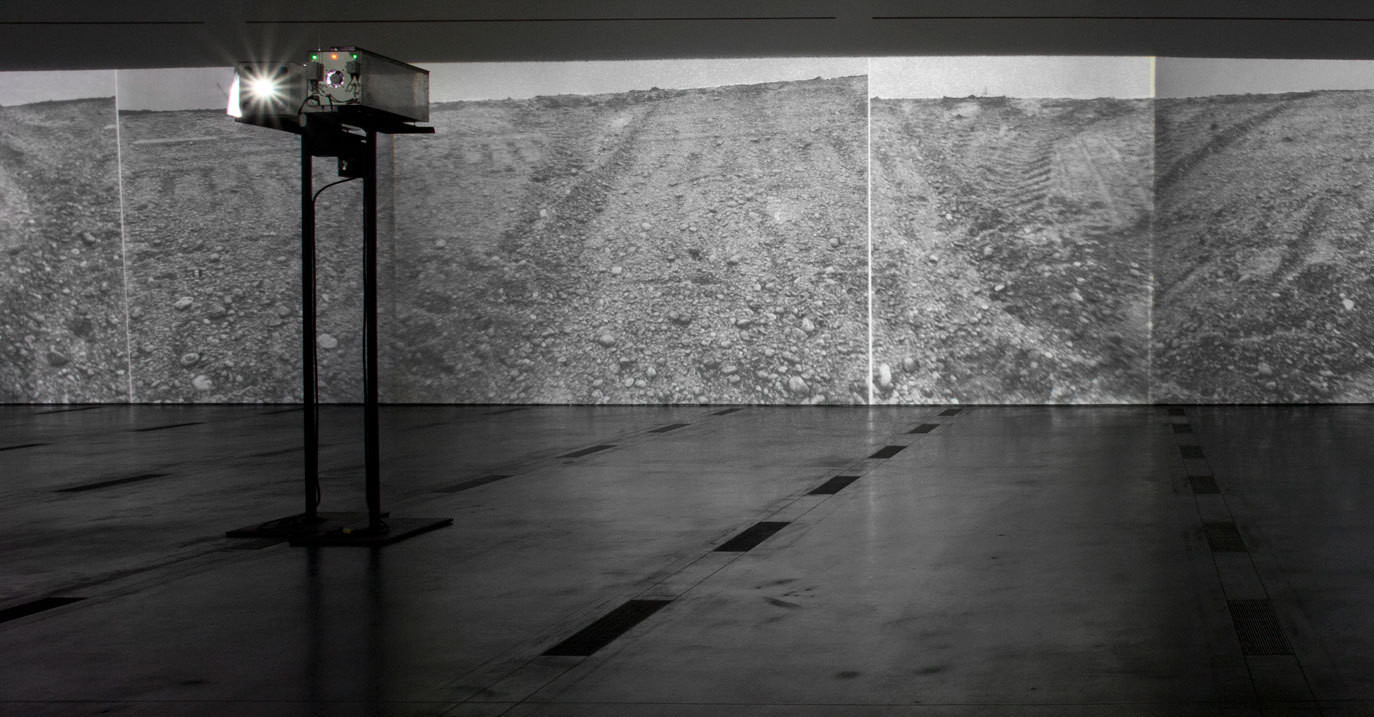 From February 26 through May 14, 2016, the Whitney Museum of American Art will present Open Plan, an experimental five-part exhibition using the Museum’s dramatic fifth-floor as a single open gallery, unobstructed by interior walls. The largest column-free museum exhibition space in New York, the Neil Bluhm Family Galleries measure 18,200 square feet and feature windows with striking views east into the city and west to the Hudson River, making for an expansive and inspiring canvas.

Michael Heizer’s (b. 1944) large-scale earth works have redefined the parameters of sculpture. He will be represented at the Whitney by his 1970 installation, Actual Size: Munich Rotary, a full-scale photographic documentation of the horizon from inside an 18-foot-deep hole that Heizer dug in the earth in Munich, Germany. Comprised of six black-and-white glass slide projections, six custom-made steel projectors, and six steel pipes with wood platforms, this vast projected work re-images the depression as seen from its center. This is the first time this iconic work in the Whitney’s collection will be shown in New York.