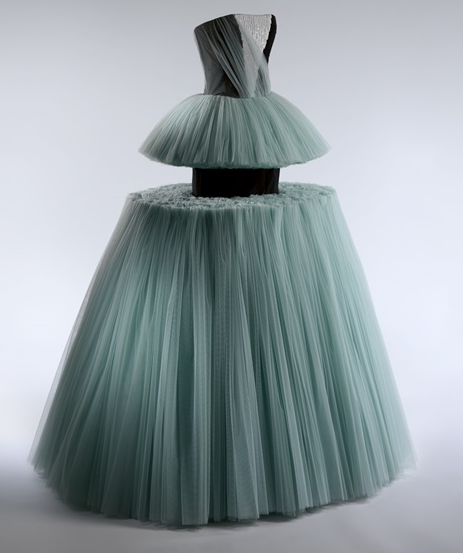 The Costume Institute’s fall 2016 exhibition will feature significant acquisitions of the past 10 years and explore how the department has honed its collecting strategy to amass masterworks of the highest aesthetic and technical quality, including iconic works by designers who have changed fashion history and advanced fashion as an art form. During the seven decades since The Costume Institute became part of The Met in 1946, that collecting strategy has shifted from creating a collection of Western high fashion that is encyclopedic in breadth to one focused on acquiring masterworks.

The exhibition, in the Anna Wintour Costume Center, will highlight approximately 60 of these masterworks from the early 18th century to the present. The Lizzie and Jonathan Tisch Gallery will be organized chronologically with ensembles shown in packing crates and on palettes, as though they have just arrived at The Met. Each object—primarily women’s wear, as well as some men’s wear ensembles and a selection of accessories—will be accompanied by an in-depth explanation of its significance within the canon of fashion history.

The Carl and Iris Barrel Apfel Gallery will feature some of the ensembles donated by designers in honor of Harold Koda upon his retirement as curator in charge of The Costume Institute in January 2016.