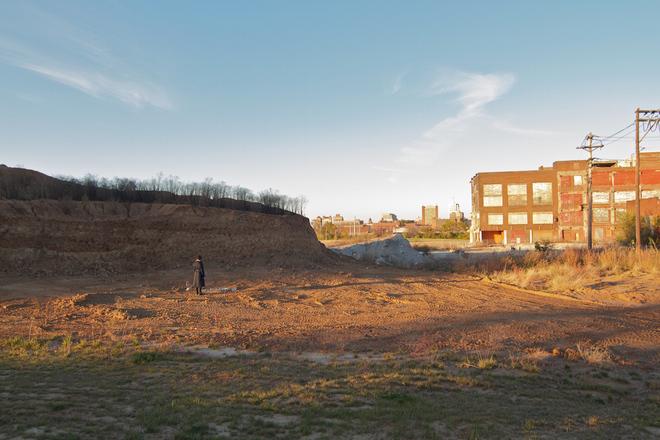 RYAN LEE is pleased to present The City & The City by Brooklyn-based artist Mariam Ghani. Shot in St. Louis in 2014-15, primarily during the month of protests known as “Ferguson October,” The City & The City, which premiered at the St. Louis Art Museum in 2015, comprises a 29-minute film based loosely on China Miéville’s 2009 sci-fi noir novel of the same name, a series of photographs shot in locations significant to the urban development of St. Louis, a multichannel sound piece developed with residents of the city and county, and an online project published by Triple Canopy.