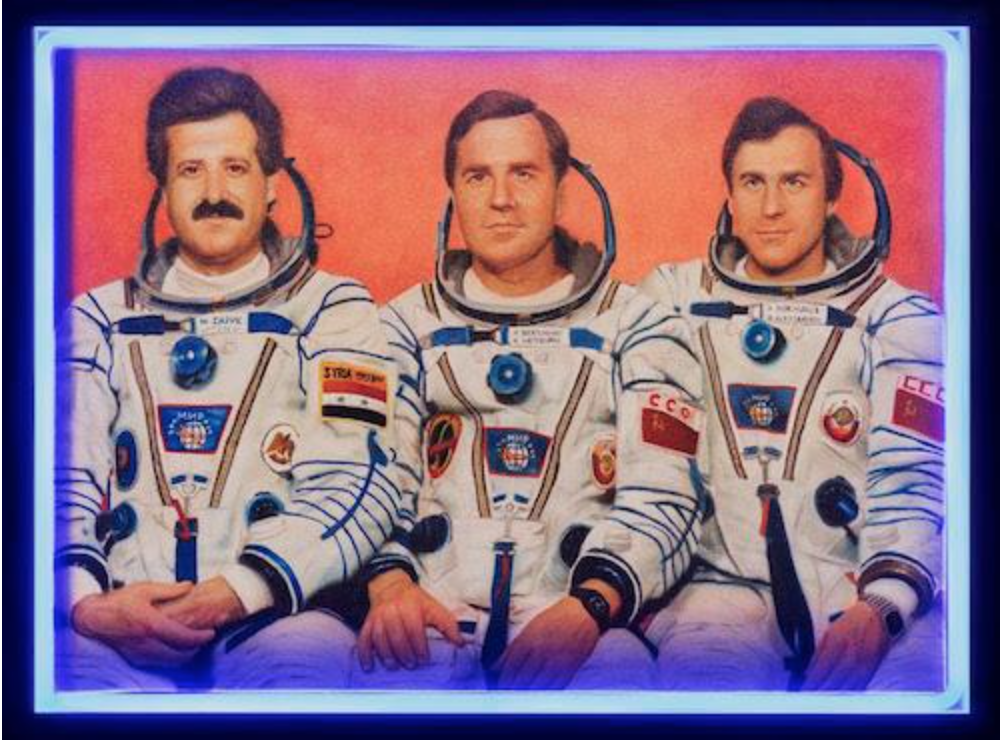 First exhibited at the Neuer Berliner Kunstverein (n.b.k) in 2016, the project takes an ironic distance from the current refugee crisis, positioning outer space as a haven for those displaced. At the installation’s core is a film focusing on the first Syrian Cosmonaut Muhammed Ahmed Faris, who went on a seven day Journey to the Soviet space station Mir in 1987. Further portrayed in a social realist style, the exhibition and film track Faris from USSR hero to the supporter of the democratic opposition to Assad, to his current life as a refugee in Turkey. Presented within an architectural environment conceived for its exhibition in the gallery, the film combines factual interviews with NASA scientists, air and space law specialists, and architects about their fictional visions of life on Mars.