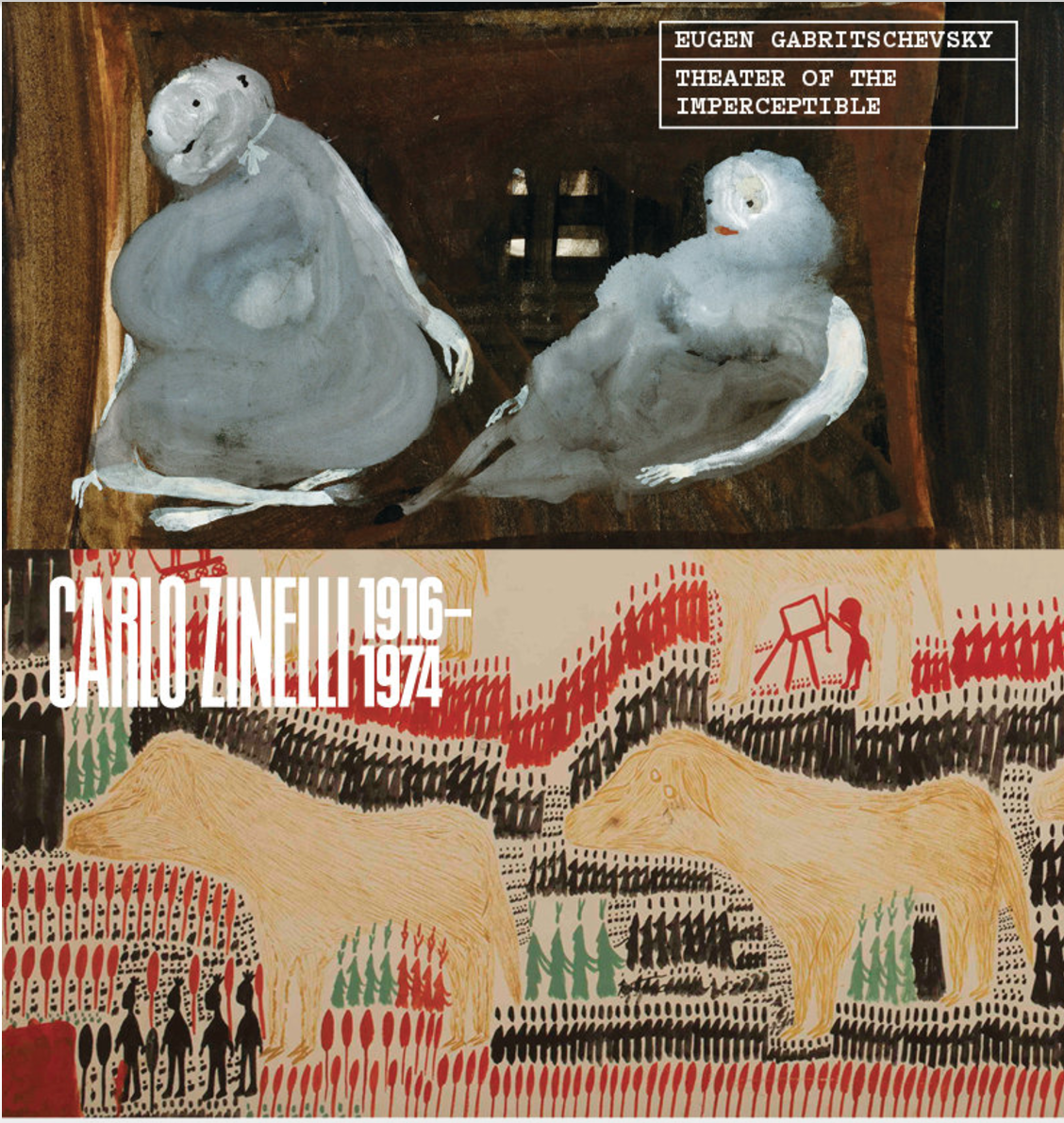 This survey, the first museum exhibition on Carlo Zinelli (1916–1974) in the United States, coincides with the one-hundredth anniversary of the birth of this revered and distinctive Italian artist—a canonical art brut figure included in Jean Dubuffet’s collection from the 1960s. The show highlights four distinct phases in Zinelli’s oeuvre and new scholarship, through a selection of fifty-five paintings (many displayed double-sided), audio recordings of Zinelli, a film, and images by Life magazine photographer John Phillips.

Throughout his life, Eugen Gabritschevsky displayed a precocious passion for the natural sciences, particularly entomology. Born in Russia, he completed advanced degrees in biology and genetics in Moscow, before pursuing postdoctoral studies in 1925 at Columbia University. Soon after he joined the Pasteur Institute in Paris in 1927, his successful career was cut short by the deterioration of his mental health, leading to his admission into a psychiatric hospital in Germany in 1931. There, and for the rest of his life, Gabritschevsky elaborated a prolific, refined, and heterogeneous body of work—gouaches, drawings, and watercolors on paper—imbued with his early scientific interests, observation skills, and a propensity for experimentation. This first in-depth exhibition of Gabritschevsky’s relatively unknown artistic contribution is composed of more than eighty artworks, a film, publications, and archival documents.