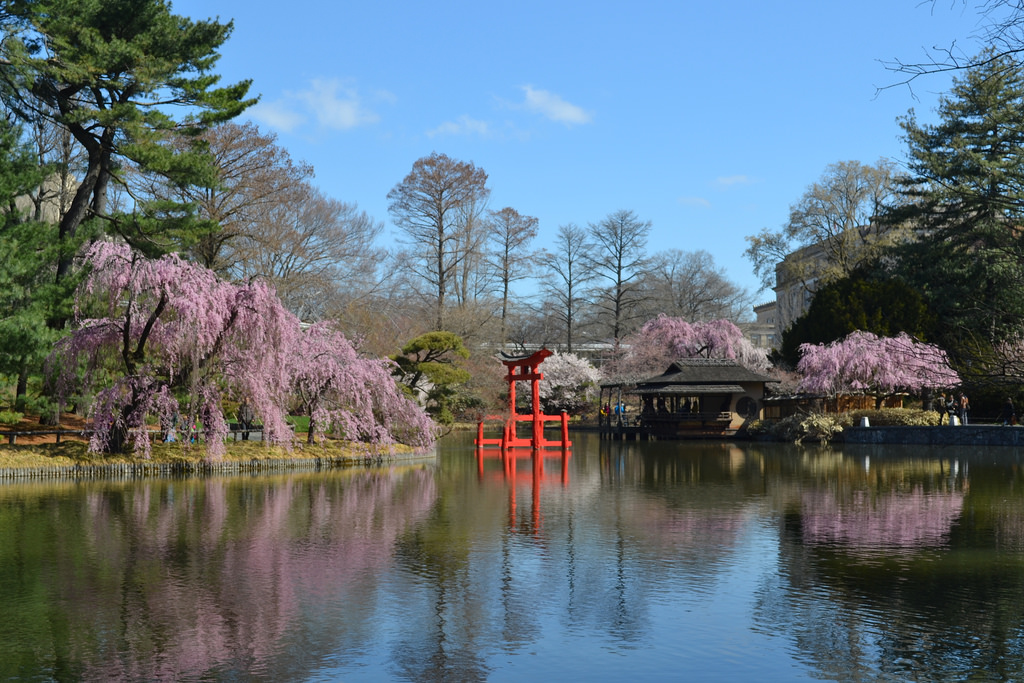 Brooklyn Botanic Garden is proud to celebrate the 100th anniversary of its iconic Japanese Hill-and-Pond Garden and a century of friendship and cultural exchange with Japan.

BBG’s deep connection with Japan began with the opening of the Japanese Hill-and-Pond Garden in 1915. The first Japanese garden created in an American public garden, it was made possible by the support of early BBG benefactor and trustee Alfred T. White. Considered Japanese landscape designer Takeo Shiota’s masterpiece, it has become one of the most beloved Japanese-style gardens outside Japan.

Shiota’s design reflects a blend of Japanese garden styles, with rolling hills and a viewing pavilion that overlooks a dramatic torii (gateway) emerging from the pond. Paths lined with pruned evergreens and flowering cherry trees meander along the pond’s shore, across wooden bridges and past a waterfall, stone lanterns, and a Shinto shrine.