Art and China after 1989: Theater of the World at The Guggenheim 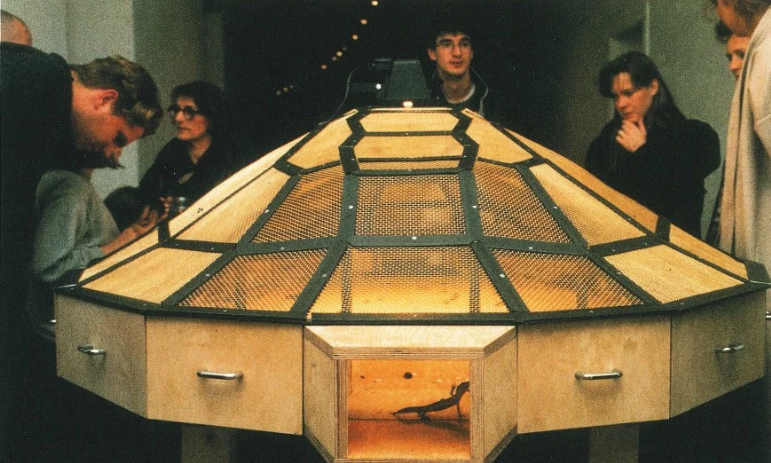 Art and China after 1989: Theater of the World is a major exhibition of contemporary art from China spanning 1989 to 2008, arguably the most transformative period of modern Chinese and recent world history. The largest show of this subject ever mounted in North America, it offers an interpretative survey of Chinese experimental art framed by the geopolitical dynamics attending the end of the Cold War, the spread of globalization, and the rise of China. The arc of this international history, beginning with the crushed utopianism of the nationwide democracy movement and culminating in the conflicted euphoria surrounding the Beijing Olympics, provides the framework for the Guggenheim’s show. Theater of the World examines how Chinese artists have been both agents and skeptics of China’s arrival as a global presence, and seeks to reposition a Sinocentric art history in a way that sees China as integral to the emergence of the global contemporary.

The exhibition title comes from a major installation in the show by Huang Yong Ping. Inside a caged arena shaped like a mythological tortoise, hundreds of live reptiles and insects devour each other over the course of the show. Teeming with life and littered with carcasses, this gritty scene brings the viewer into an immediate encounter with the violent yet matter-of-fact play of powerful forces over weaker ones. Huang’s visual brutality foreshadows an underlying sense of visceral realism and realpolitik that is present in much of the most interesting work of this period.